This DIY No Sew Cat Ears For Halloween post is sponsored. 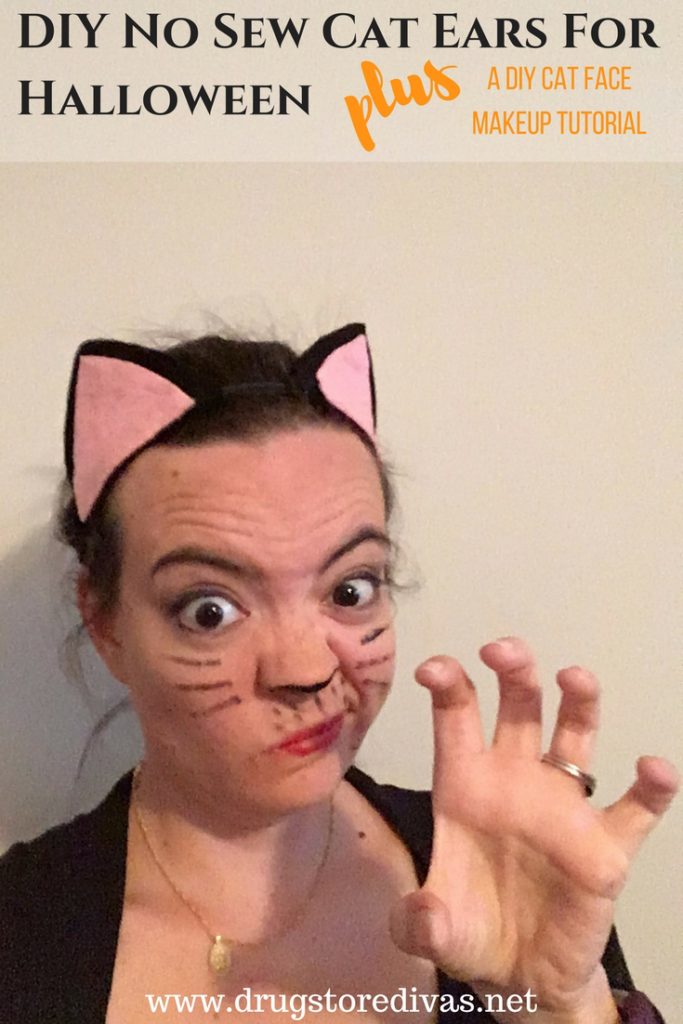 Pete and I go to trivia every week. You get an extra point for paper, which is helpful, but this week, you got a point if you wore a costume. Now, I’m not really the kind of person who wants to wear a costume unless I’m trick-or-treating and getting candy, but for a point at trivia, I’m gonna at least wear cat ears.

Except, well, I didn’t have cat ears.

So I did what anyone who blogs for a living would do: I made a pair and took photos so I could blog it, of course. 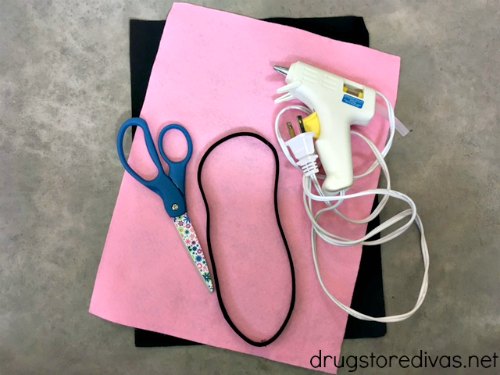 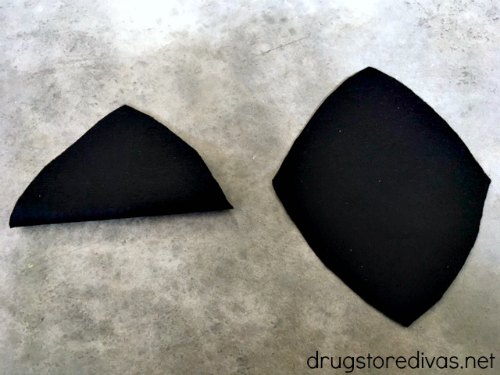 Fold the black sheet of felt in half, then cut a large triangle with a three-inch base.

Unfold into a diamond and use it to measure and cut a second. 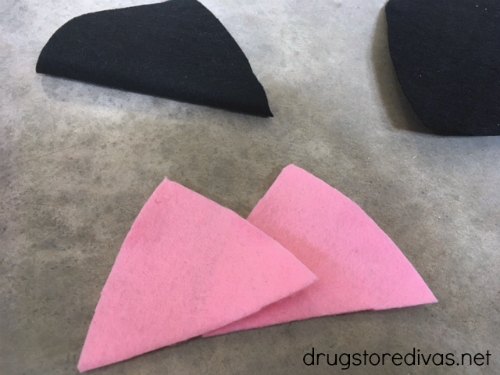 Fold the pink sheet of felt in half, then cut out a large triangle, just slightly smaller than the black triangle. Cut it into two. 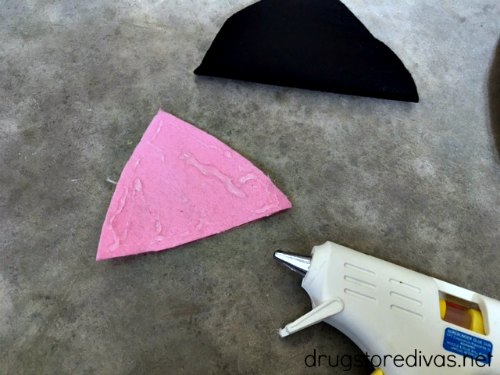 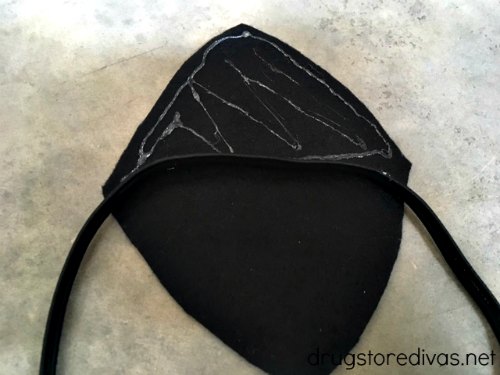 Now it’s time for your makeup.

If you’re like me and you’re not big into Halloween, you probably don’t have face paint lying around. That’s fine. You can actually just use your normal makeup for this. 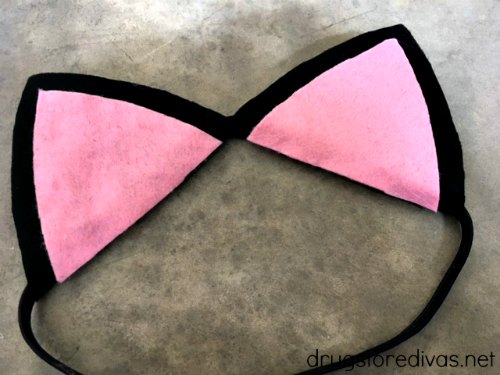 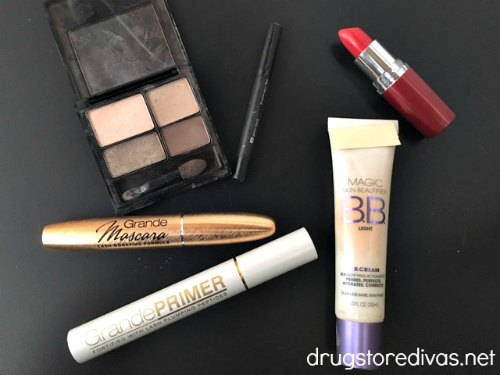 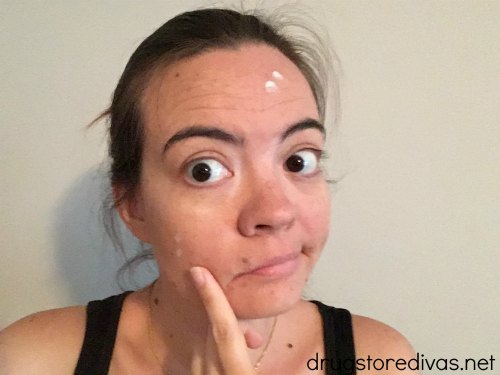 Step 1: Apply BB Cream all over your face, including your eyes. 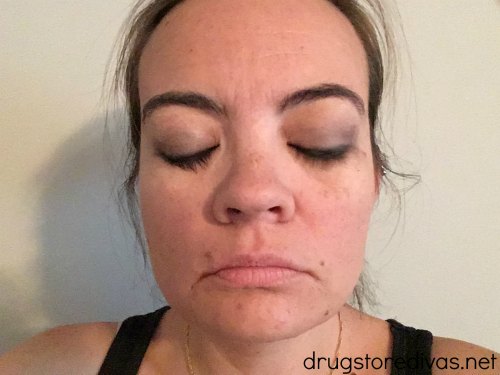 Step 2: Apply a brown eyeshadow to the middle third of your eyelid. Apply a deep brown to your crease and outer lid. Blend. Line your entire eye with a dark eyeliner, pulling it out a little further than usual, then blend. Apply a white shadow to your tear ducts. 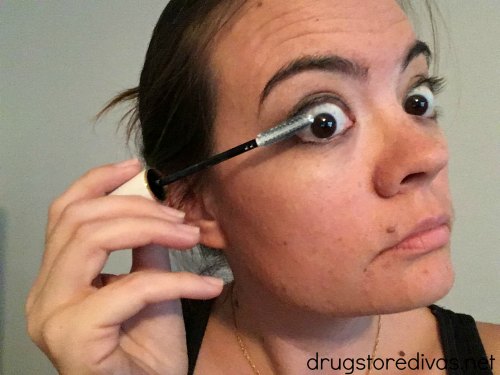 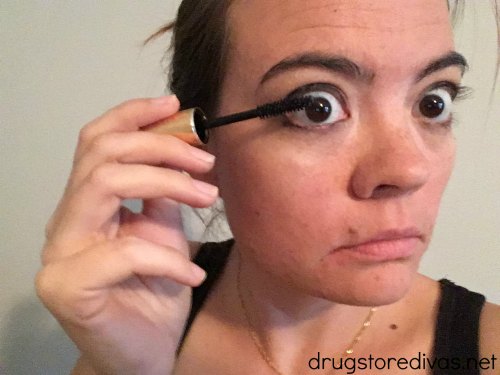 Immediately apply GrandeMASCARA in black. You can apply multiple coats of the mascara if you want more defined lashes. It’s actually an amazing combo. I love how dark the mascara is and how the GrandePRIMER (which is a lengthener and thickener) really helped my lashes pop. Cat eyes are so important when you’re doing a cat costume, so you really want eyes that pop.

Side note: Because of the way the primer and mascara combo gives you a faux lash look with your natural lashes, you don’t need to even think about fake lashes. You can wear them or lash extensions with the water-based GrandePRIMER, though. 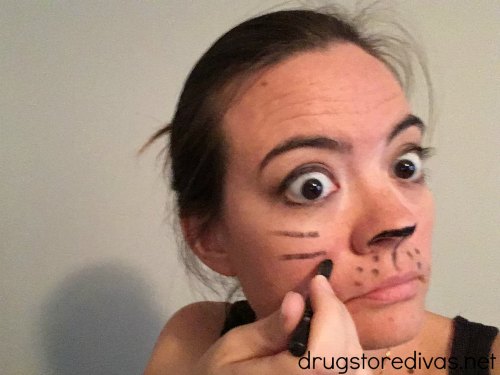 Step 3: Color the underside of your nose with a black, crayon eyeliner. Draw a line from under your nose to your lips. Apply three dots on both sides of the line. Then, draw three whiskers on each cheek. 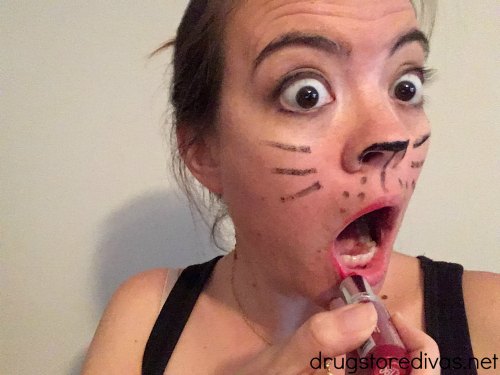 This DIY no sew cat ears take a few minutes and the makeup take a few as well. Put on a pair of black pants and a black top and you’re ready to go. You could make a tail, if you really wanted, but I skipped it. We were going to sit at trivia, so I didn’t want to deal with sitting on a tail all night.

Speaking of trivia, my makeup lasted the entire time we were there — and through my grocery store trip. Which I took in my costume. It happens. I was ready to take the nose and cheeks off immediately, but I wanted to leave my eye makeup even after we got home. I loved it.

Do you think you could pull off this DIY no sew cat ears and Cat face makeup? If you could, don’t forget to head to Sephora or Sephora’s website to pick up the GrandePRIMER and GrandeMASCARA. You don’t need to save them for just Halloween makeup, of course. You can use them for everyday wear as well.