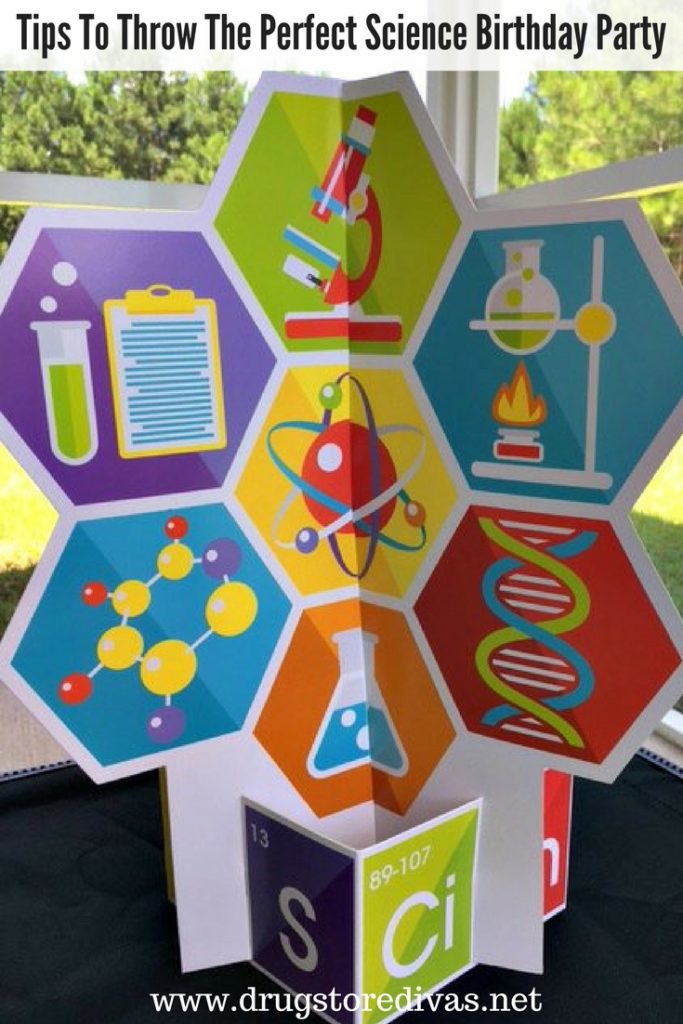 For Pete’s birthday a few years ago, I planned a huge surprise science birthday party at our house.

Let me give you a word of advice: Don’t plan a surprise party during the summer for someone who is home on summer vacation when you work at home, especially when you share a car. Oh my gosh. It wasn’t like I could print something at work or run to buy poster board on my lunch break. Instead, I had to make photo booth props while Pete was in the bathroom.

My parents were in their Florida house at the time too, so I couldn’t even use them as an excuse.

I pulled it off, somehow. Thank goodness. He was actually really surprised too.

This wasn’t just a science birthday party, though. It was actually a science/Rick and Morty party because if you watch Rick and Morty, you know that Rick is a scientist. Pete loves that cartoon, so it made sense to add a few Rick and Morty embellishments into the party.

His birthday is right around the corner, so that’s making me think about that science party from a couple years back. So of course, it felt like a great time to update this post. 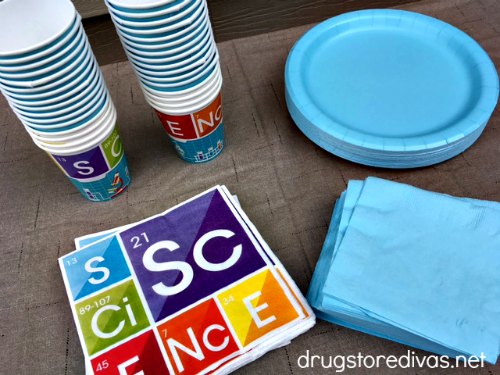 Any good themed party starts with the decorations. Those are what really will make it a themed party. I tied a Science Party Birthday Paper Pennant Banner out in the front of our house so our guests knew the theme as soon as they pulled up.

I set up a few tables in the backyard and adorned them with props from a Science Party Table Decor Kit. That kit is amazing, by the way. It comes with a large science party centerpiece, four smaller centerpieces, and 20 pieces of confetti.

I would have made them myself, but sometimes, it’s okay to buy things when you just don’t have to make everything. I know Pinterest makes it seem like you have to DIY everything, but I promise you. You don’t. 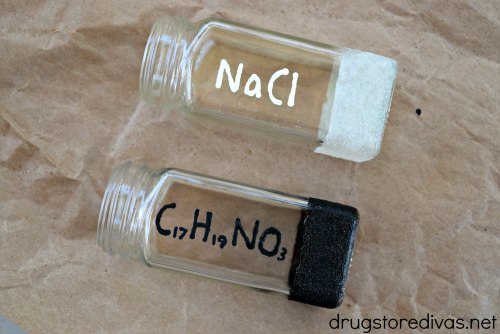 If you do want to DIY a few cute accents for the table, you can make our Chemical Formula Salt & Pepper Shakers. Fill those up and set them on each table.

Personally, I put the large centerpiece from that set on the table with Science Party Paper Cups. Two of the other four were placed on other tables while the remaining two were by the games. And the confetti was on the table with the appetizers.

I bought a package of Science Party Luncheon Napkins and set those by the cups. I also bought light blue napkins and plates to supplement the science ones. Because as cute as the science ones were, buying enough for the full party would have been so expensive.

Thank goodness for the dollar store. You can buy packs of plate, cups, napkins, and disposable utensils for $1. 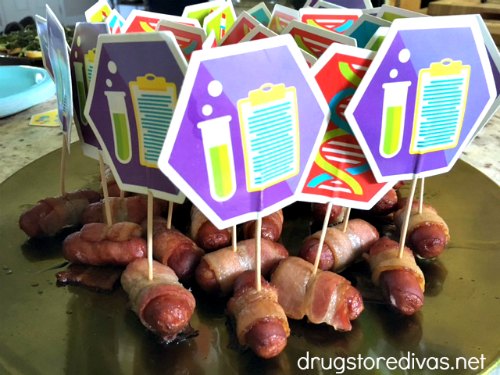 Start with drinks. You can buy bottles water, wrap them with colored card stock and write “H2O” on them. So cute.

My menu had to be something I could put together during the two hours Pete’s dad and my dad were planning to take Pete out before the party. So no slow cooker meals, nothing complicated. Instead of trying to create atoms out of cheese balls, I decided to create appetizers that I could fit in Science Party Cupcake Wrappers With Picks.

For the cupcake wrappers, we made baked sausage. We took few dry hot sausage logs, sliced them thin, then baked them until they were crisp. We put a couple in each cupcake wrapper.

Then, we made bacon-wrapped mini hot dogs and stuck them with the picks. We also made goat cheese and broccoli rabe crostinis. Then, of course, we had pizza and cake. 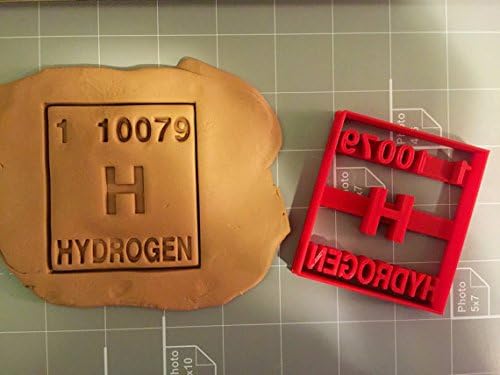 For dessert, or even for a party favor, you could pick up this periodic table cookie cutter. Use your favorite sugar cookie recipe, roll it out, and punch out cookies with the cutter.

There are actually a lot of science-related cookie cutters you can purchase online, but without a real knowledge of royal icing, it would be hard to decorate them. 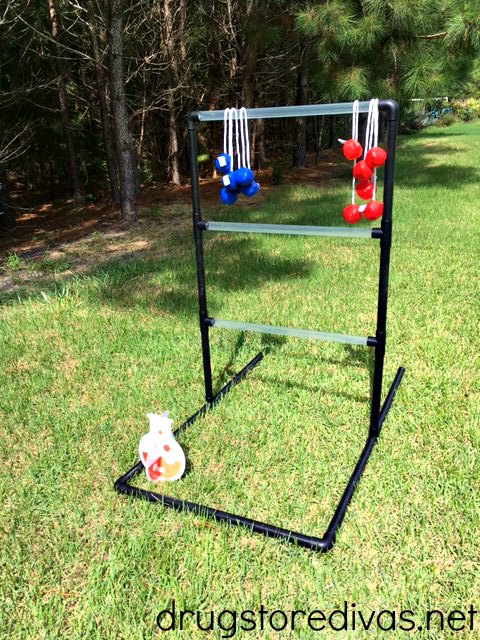 The party was in our backyard, so I set up a ton of backyard games.

I picked up ring toss, mini bowling, and ladder ball. Those two smaller centerpieces I mentioned before, I set them up by the ladder ball. 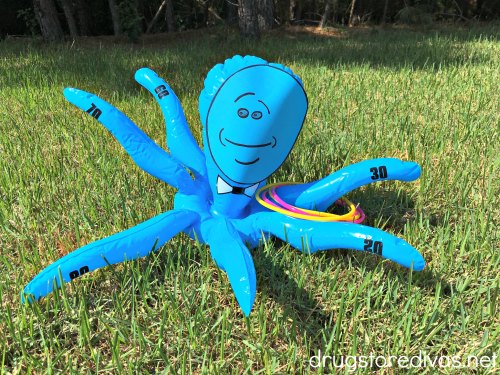 The ring toss was a blue octopus, the same blue that Mr. Meeseeks from Rick and Morty is. So I used blue card stock, drew the Mr. Meeseeks face on it, and taped it on top of the octopus face.

For the mini bowling, I drew pictures of Jerry (the dad in Rick and Morty) with different expressions — especially shock and awe — because a bowling ball would be heading towards him. Then, I taped those to the mini bowling pins.

See, you can make anything fit your theme as long as you’re creative.

I also created a photo booth. 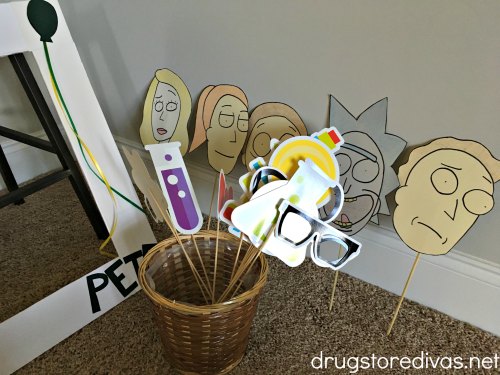 I took a piece of poster board, cut out the center, then decorated it with Pete’s name and a balloon made of card stock.

I created a few props based on the characters from Rick and Morty. I traced them off the laptop, then drew them onto card stock and colored them. I put a skewer on the bottom for a handle.

The homemade props went into a basket with Science Party Photo Stick Props. People had so much fun picking a prop and taking a photo. 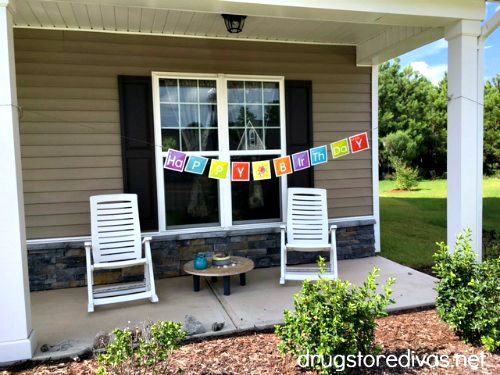 We didn’t do favors at Pete’s surprise party, but science birthday party favors can be so cute. Pick up test tubes and fill them with candy.

You can also pick up plain white gift bags, then cut out beaker images from card stock and paste them onto the bags. Then, you can fill them with chips, candy, and more.

What are your tips to throw the perfect science birthday party? Be sure to leave them in the comments.

Congratulations on throwing a theme party with the party boy hanging around on holiday :)

Congrats on pulling off a surprise party. It would be so hard to curtail your surprising long enough. Looks like lot of fun.

Congrats for pulling it off and I love this different theme!

It really must have been difficult to plan a surprise under those circumstances! You really did manage to plan a fun party though.