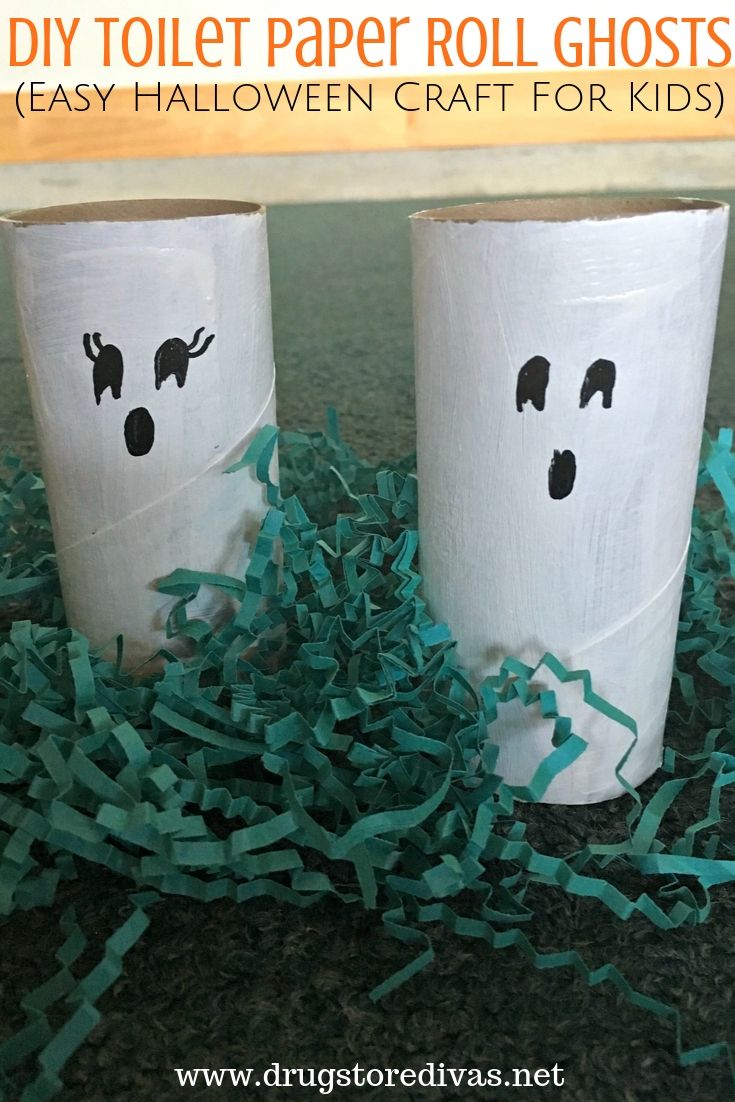 We had company over the weekend, and everyone was sitting in the garage watching sports. Everyone except the kids. One of the two asked me if we could do crafts. Of. Course. So I pulled out all the supplies so we could make DIY Toilet Paper Roll Ghosts.

Now, if you’ve been following Drugstore Divas this month, you know that this is actually the third Halloween craft I’ve made from toilet paper rolls.

This is the first one I just supervised. And man, I give you parents a lot of credit because I just wanted to jump in there and draw the ghost faces on for these kids. But instead, I just let them have at it because they were having so much fun.

And that’s more important than perfect ghost faces. Even though I want to make my own set for photos because I’m kind of crazy over crafts. And to take new photos because you have to rush when kids want their crafts back.

But, on the plus side, the kids played with them all night after they made them, so that made me so happy. 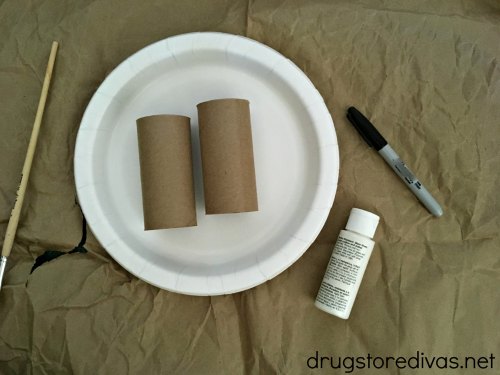 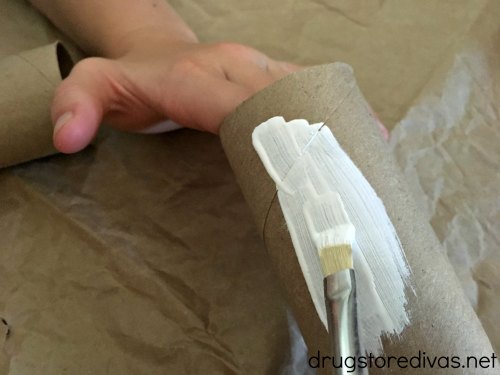 Lay down the scrap paper so the kids can lean over it.

Put a small amount of the white paint onto the paper plate.

Wait for the paint to dry. 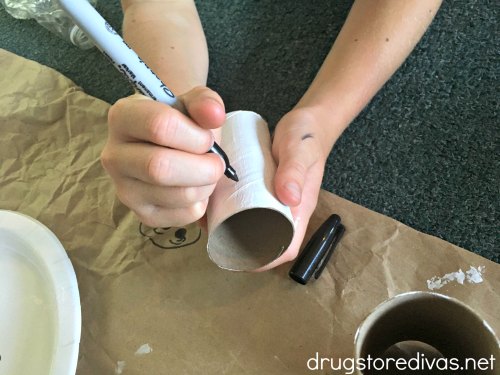 Use the permanent ink marker to draw faces on to the tubes.

Drawing was a lot easier for the kids than painting faces or having them cut faces out of card stock, like I did with the toilet paper roll mummies.

After these were done, the kids wanted to fill them with candy and decorative mesh, and then tape on bat wings. Because why not. 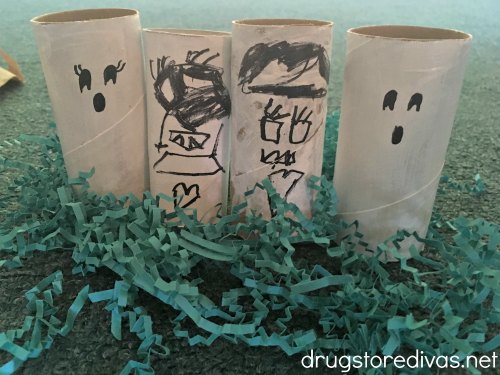 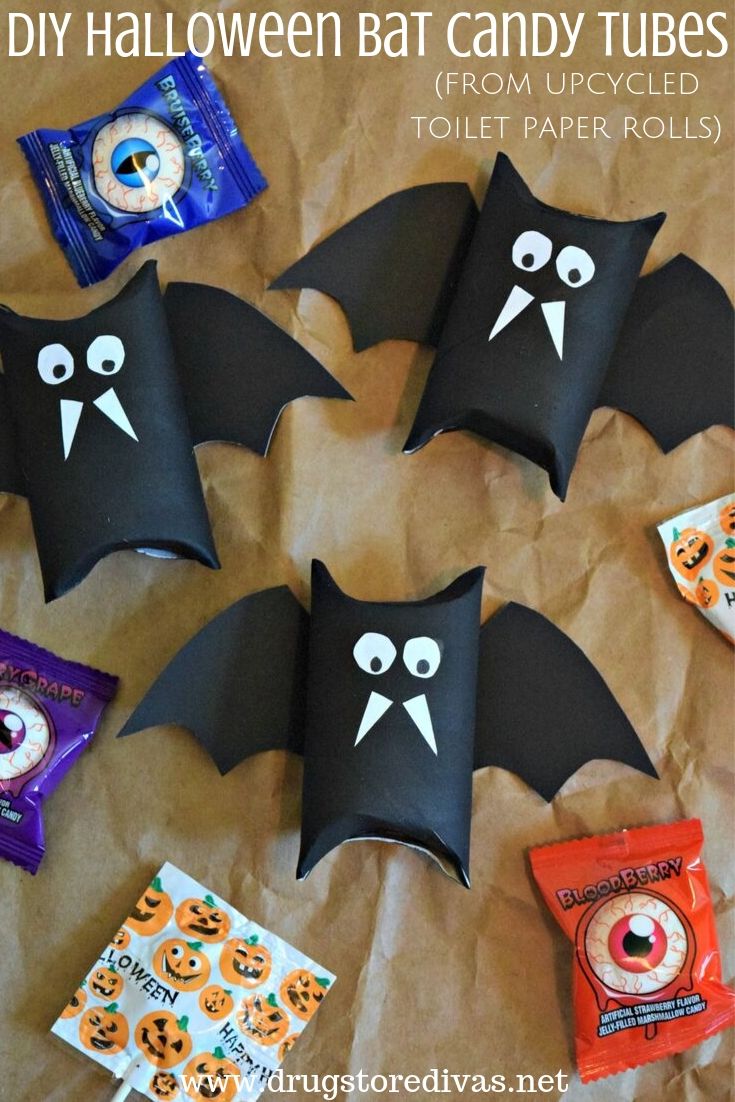 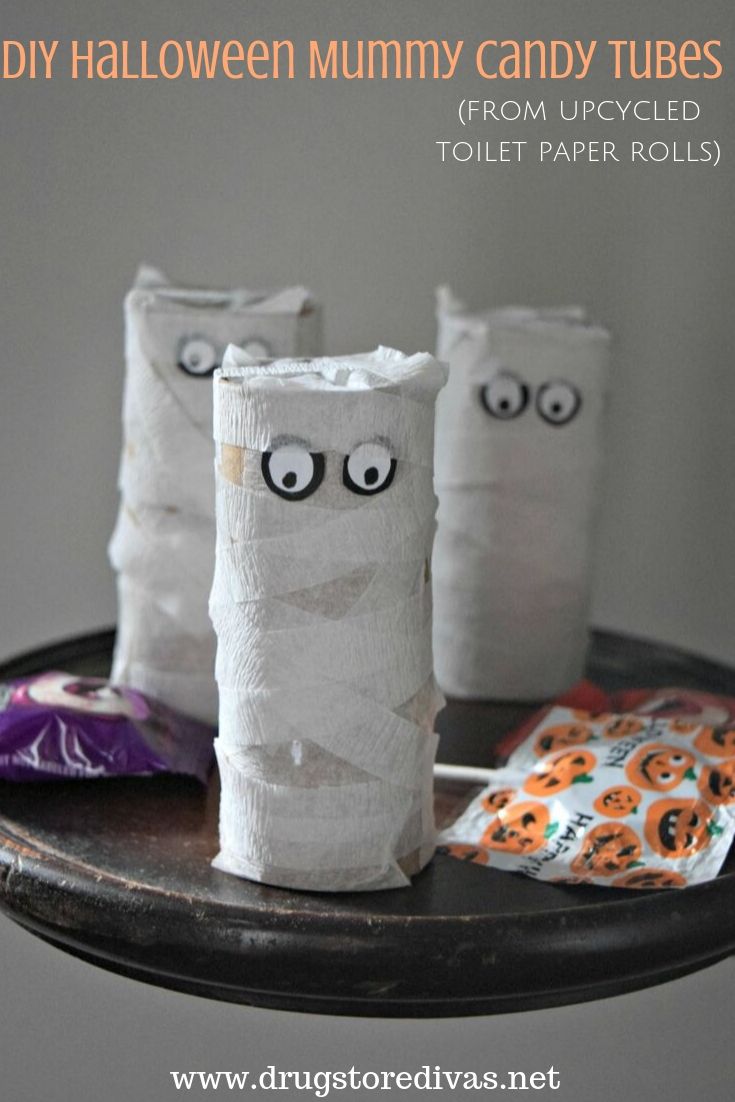 These are so cute! I bet they work with every holiday! Thank you!

My niece and nephew are coming over today so this is the perfect craft to keep them entertained.

This is the perfect craft for my granddaughter. It is so simple yet cute.

Okay those are mega cute, and a great way to recycle too! Thanks so much for sharing this with us!