One of the best festivals in Southeast North Carolina is Wilmington Riverfest in Wilmington, NC. It will be held October 7 to 9, 2022.

If you’re planning a trip to the area, check out all of our Wilmington, NC posts.

For hopefully the third time in six years, the dates for Wilmington Riverfest won’t be changed due to weather. And that’s crazy because before this a hurricane in 2015 moved the festival’s date, it had never been changed.

It started in 1979 and was on schedule annually until 2015. Then moved in 2016. And again in 2018. That’s coastal Carolina for you. You live on a river, have a festival called Riverfest, and, well, the river’s gonna get you.

It was on schedule for 2019 … and then we all know what happened the next two years.

This year’s Wilmington Riverfest is on the scheduled for October 7 to 9, 2022.

Planning a trip into Wilmington, NC for Riverfest? Get help planning your trip with this Wilmington, North Carolina Travel Guide.

5 Reasons To Go To Wilmington Riverfest

This year’s Annual Wilmington Riverfest will take place on Water Street in Wilmington, NC from Friday, October 7 to Sunday, October 9, 2022.

I’ll be honest: The main reason I ever want to go to a festival is because I want an excuse to get a corn dog. I won’t often let myself get one outside of a festival because then I would get into a really bad habit. But at a festival, it’s okay.

There’s always good live music at Wilmington Riverfest. It’s usually off in an area away from the street vendors, so it’s not crazy loud when you’re walking downtown.

This year, the concert has yet to be announced. But we’ll post it when we have it.

The street fair portion of the Riverfest is a big draw. I love checking out the small crafters to see what they have to offer.

The last few years, the Wilmington Riverfront Farmers’ Market had been incorporated into the Saturday portion of Riverfest (so you may have seen Pete selling Rita’s Wooden Spoon there).

My favorite holiday is July 4th because nothing beats a good fireworks show for me. In fact, the night I met Pete was minutes before a fireworks show. Literally. Not figuratively.

So the fact that there’s a fireworks show on Saturday night at Riverfest, that’s definitely a reason to go downtown.

One of the big Wilmington events for car lovers is the huge Rims On The River festival every fall. It’s canceled for 2022 due to construction, so if you want to see cars in Wilmington, this is your chance.

Have you been to Wilmington Riverfest? Let us know your favorite part in the comments!

Coming to town for Wilmington Riverfest? 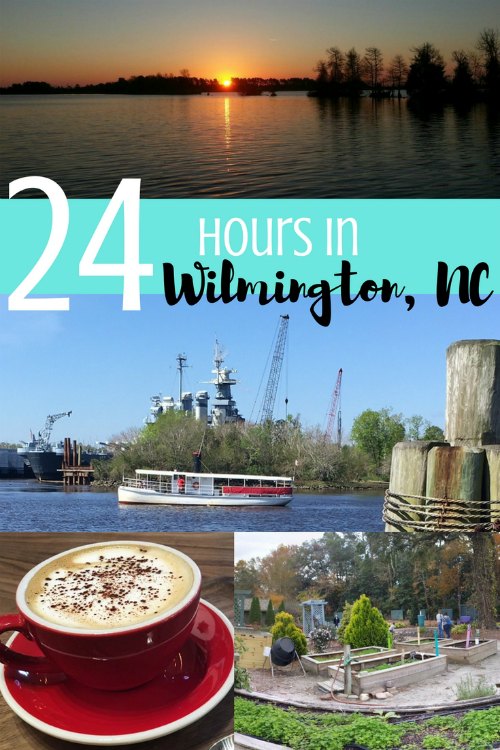 You got me at food. Then to cap the day, fireworks. What a lovely outing. It's something that I can bring my kids to.

In all honesty i've never heard of Wilmington Riverfest!!! I would love to go there, the place looks amazing..I love it.

This reminds me of the Texas State Fair in some ways! I always love trying new foods, haha. And the car show and vendors are great to peruse. Have a great time!!

This looks like so much fun! I love a good street market!

Oh gosh, this looks like so much fun! I love going to events like this. Thanks for sharing!