Good Cook provided me with the tools to make this. 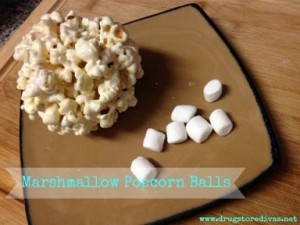 I’ve seen a popcorn baller before, so in my imagination, you just smoosh popcorn in the baller and call it a day.

Like I said, I never made a popcorn ball before, so I never really gave much thought to how they were made.

Well, until the Good Cook popcorn kit came in the mail. 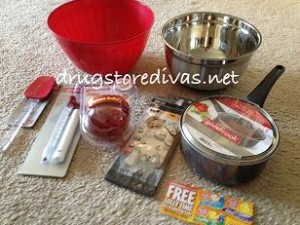 There was a plastic mixing bowl, a metal mixing bowl, a sauce pan, a spatula, a candy thermometer, a popcorn baller, treat bags, and a coupon for popcorn. The last three items, totally cool with those. But those first six … yeah, I had no idea you needed that for a popcorn ball.

When Pete came home, I showed him the kit. He too had no idea popcorn ball making was so involved.

I found a recipe from Jolly Time for Marshmallow Popcorn Balls that seemed to be my speed. That’s what I used for this post. 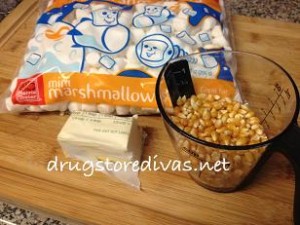 Pop the popcorn. I used a pressure cooker to pop my popcorn because that’s how I’ve done it for years. You could use microwave popcorn if you wanted.

Transfer the popcorn to a separate bowl (I used the one that Good Cook sent it in the kit).

Melt the butter and marshmallows. 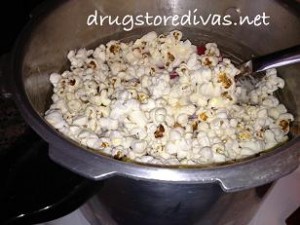 Add the popcorn to the marshmallow mix and stir (I used a Good Cook spatula for this, since it is good up to 450 degree). 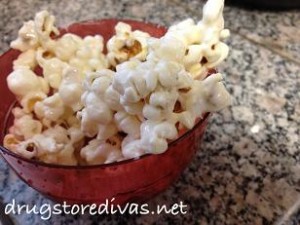 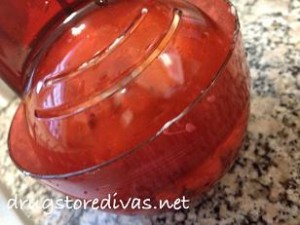 Stick on the top and twist it to get a ball (pictured in the photo above).

Now, honestly, I was shocked that the ball held together. I really had my doubts. I took the photo, turned around to grab more mix, and made a second ball. By the time I did, the first one had crumbled. I was trying to figure out how I would store all the popcorn balls anyway, without them sticking together, and then I just gave up and decided that if they wanted to all stick together, I would stick them all together. 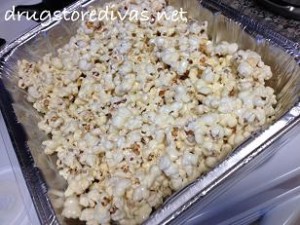 I wouldn’t say this was an epic fail, but I definitely need some more practice.

I love this. Simple and sweet. Perfect for making with the kids