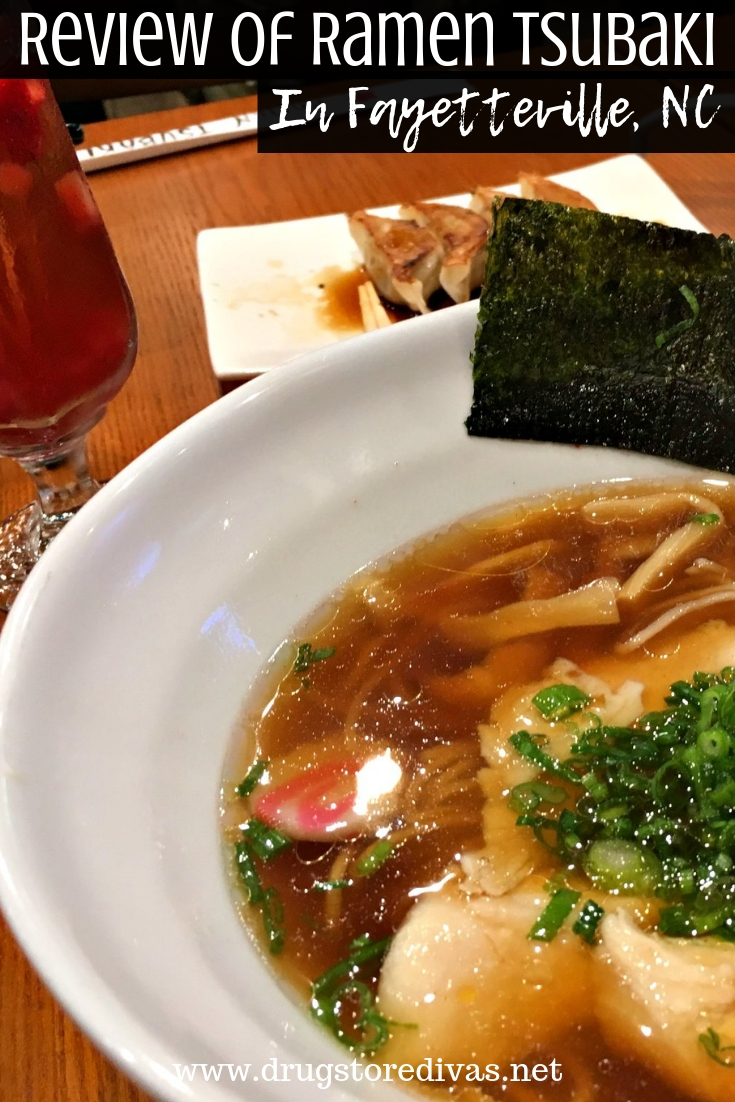 I don’t eat fish. I tell you this because I’m Japanese, and everyone just assumes eating sushi is what I do. Nope. What I do is eat gyoza. Lots and lots of gyoza. Of course, the first time I went to Japan, someone told me that gyoza is actually a Chinese food sold in Japan (kind of if someone came to America and was like, “My favorite American food is New York pizza.”). But, my favorite Japanese food is still gyoza, and any time I see it on a Japanese menu, like I found at Ramen Tsubaki in Fayetteville, NC, I know I have to go.

I was scrolling through Instagram when I came across the restaurant’s feed a few weeks before we were heading to Fayetteville Comic Con. So every day up until then, I would look at the Ramen Tsubaki menu, drooling over the food.

How was it? Good enough that I’m writing a whole completely unsponsored review. 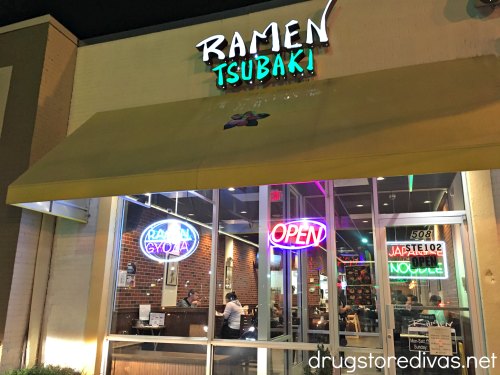 We actually have a Mexican restaurant in Myrtle Beach that we are obsessed with that is in the back of a shopping plaza. It’s seriously the best Mexican food I’ve had outside of Mexico. I tell you this because sometimes people equate good food with stand alone buildings. I don’t know why. But please, shake that notion. Especially when it comes to Ramen Tsubaki, which opened in 2016 as Fayetteville’s first ramen restaurant.

We went inside and were seated quickly, despite it being dinnertime and us not having a reservation. The staff is really great. We did linger a while and watched a bunch of patrons come in, dine, and leave. Despite the heavy flow of diners, no one had to wait for tables or wait very long for food. I would suggest trying to make a reservation, in case this isn’t always the case. 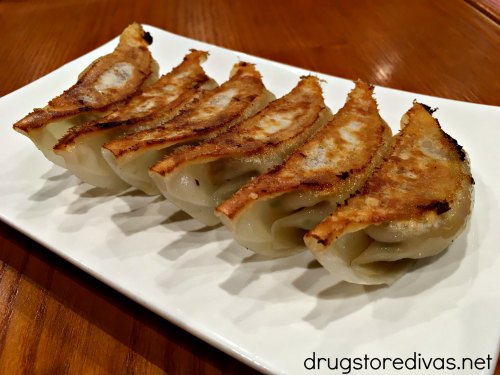 We ordered our drinks — strawberry tea for me, Japanese beer for Pete — right away. We also ordered gyoza and edamame.

The waiter came back with our drinks and we were ready to order our meal: Shio Ramen for me (obviously) and an Ahi Poke Rice Bowl for Pete.

Our gyoza and edamame came quickly and we quickly grabbed a gyoza each. I dipped it into the house made gyoza sauce and my taste buds were instantly happy we made it here.

As I mentioned above, gyoza are basically potstickers. Except they’re not. I hate potstickers and refuse to eat them because my stomach just wants Japanese gyoza, which I can only get at the Japanese store. There are some restaurants here in Wilmington that have gyoza on the menu, but they’re … not.

The ones at Ramen Tsubaki are perfect. 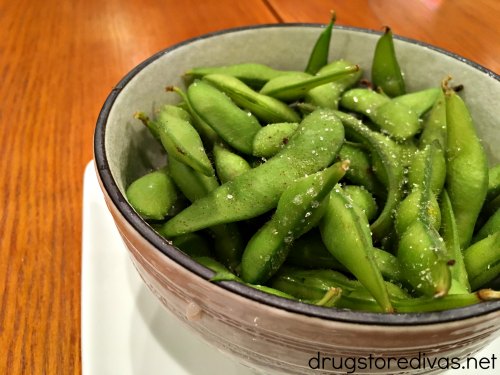 The ramen was great too. It was packed with bamboo shoots, green onion, naruto (yes, like the cartoon, except that’s actually the word for the white fish cake with the pink spiral). I didn’t love the chicken that was with it, but that has to do more with me being picky than the actual chicken itself. I gave it to Pete to eat and he was happy with it.

Pete’s rice bowl has tuna, avocado, and two types of onion served over rice. He was getting to the end of it when I decided we probably should order a second round of gyoza.

What can I say? My taste buds were so happy.

As we waited for it to come, we talked about how we should take my parents to Ramen Tsubaki in Fayetteville. We knew my half-Japanese mother would love it. Plus, Fayetteville is less than two hours from us, so it is actually somewhere we could go for lunch and be home by dinner.

My parents have been in Florida since we went, so we haven’t gone back yet. But we will. Pete wants takoyaki (fried octopus balls that are so popular in Japan) and I want to try the pork buns.

What? You thought I was going to say I wanted to go back for the gyoza. Well, you’re right. I want to go for that too.

The next time you go, I definitely recommend the pork buns, and I also recommend having the pork in your ramen instead of the chicken... so good!

I definitely want the pork buns. I know the pork in ramen is traditional, but my taste buds can't do it. Then again, I didn't love the chicken either (haha) so I'll try the pork.

Oh wow. The food looks so good! I'd love to try takoyaki too, it's my fave!

Food looks delicious, I love Japanese food. It is delicious getting original Japanese taste is not that easy outside Japan. Glad you find a good restaurant here worth the travel.

I will keep this place in mind when I check out Fayetteville!! I drive through NC all the time! The food looks good!!

I love gyosas so much that I could have them everyday. I love salty edamame too. Your pics have m drooling!