Update on March 13, 2020: Pizza Putt 2020 is postponed. It will be rescheduled for another date and tickets for the March date will be honored. 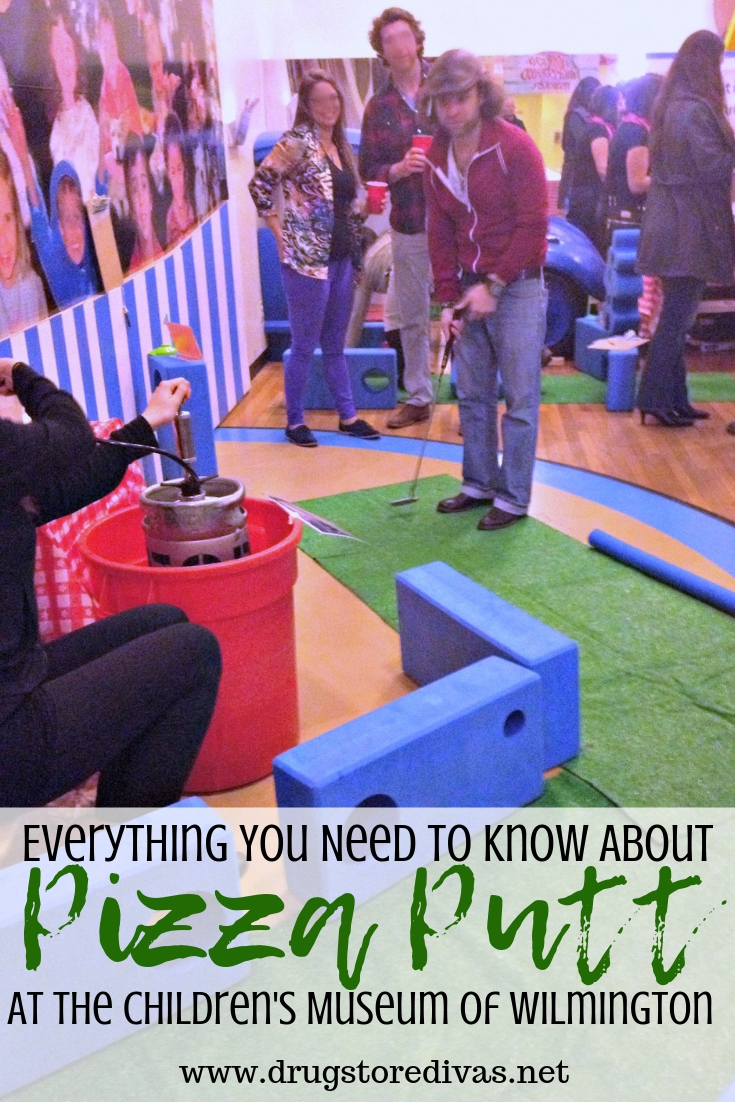 The third weekend in March is my official eight year anniversary of living here in Wilmington, NC. That in itself is crazy, especially because I still feel like New York is home, even though I haven’t been in that state since June. But, it’s also crazy because it’s also the eighth anniversary of Pizza Putt at The Children’s Museum of Wilmington.

We missed the first one because it actually happened before we lived here (the event used to happen in February before moving to March). But we’ve been to almost every one since. It’s one of our favorite events in the Port City — and yes, that’s mostly because of the pizza.

Where is it?
At The Children’s Museum of Wilmington (116 Orange Street).

So it’s for children?
No. The museum is closed to children during that time. The event is for adults who are 21 and older only.

Free beer?
Well, yes and no. You have to buy a ticket to get in. They’re $30 for a single ticket, which you can buy here through March 20, but once you’re inside, the beer and pizza is free.

There are almost a dozen local breweries that will have brews poured at the event. There has been an option to buy additional beer outside in the museum’s courtyard in the past, though.

Did you say pizza?
Yup. There’s all you can eat pizza at the event too, but the pizza does get gobbled up quickly. So if you see someone walking in with pies, don’t wait too long to head that way.

There are usually about ten different pizza places — local shops and chains that are here locally — that are supplying the pies.

What’s the putt part?
That’s the best part. There are 18 holes of mini golf (also known as putt putt here in the South) set up throughout the museum’ exhibits.

In the past, The Children’s Museum of Wilmington incorporated its virtual reality exhibit into Pizza Putt. One of the holes was through the VR headset.

It was difficult. And my VR hole was almost impossible. I blame the fact that the museum director is a good friend of ours, so he must have given me the difficult hole on purpose. But really, it was at random and I was just unlucky. Or unskilled at VR.

Can you check out the exhibits?
Absolutely. All the exhibits are hands on during the day, when the museum is open for the children. Those same ones are available during Pizza Putt. We love the room that’s decorated with a huge tree with a slide down the side. The hydraulic chair lift is a must try too!

Are all the holes the same?
No. And that’s so fun. Different local businesses sponsor each hole. And they’re able to come and decorate it. So, if a bookstore sponsored the hole, expect to see books and bookends as obstacles along the hole.

How can I get tickets?
Head over to this link to buy yours.