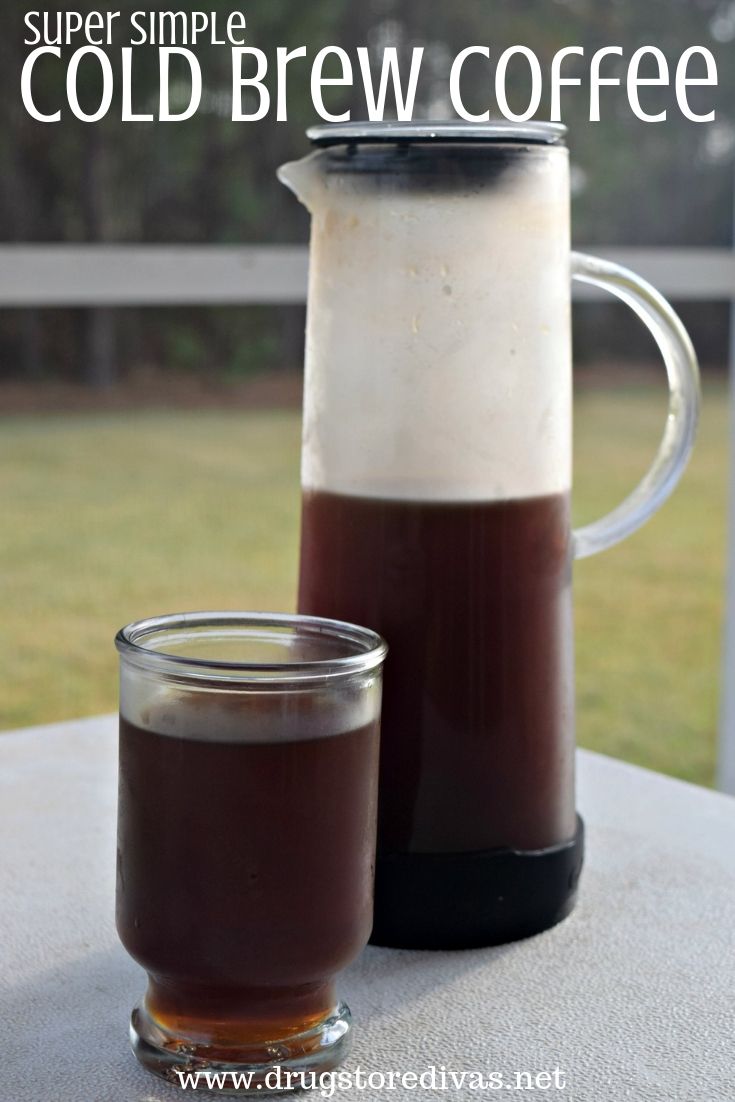 We drink coffee at home every day. Mostly, Pete sets it up for me in the coffee pot before he goes to work so it’s ready for when I wake up. Some nights, he’ll make me a coffeehouse drink like a peppermint mocha. And, when he’s feeling adventurous he’ll make cold brew coffee in the French press I got him a few years ago.

That method is a little bit of a pain though, so he doesn’t make it as often as he would like to drink it. Cold brew coffee isn’t the same as cold coffee (which is a type of Japanese coffee), and it isn’t the same as iced coffee. Iced coffee is coffee that is brewed hot and poured over ice. Cold brew is brewed cold using a pour over method and then left to rest for a day. It’s possible to make at home, but you do need a way to do it.

So when I found out Grosche sells a Havana Cold Brew Coffee Maker, a contraption specifically for making cold brew coffee, I had to try it.

When it arrived, though, we realized it’s for more than just coffee. You can use it to make tea (hot or iced) and infused water too.

For this post, though, I’m sticking to cold brew coffee. 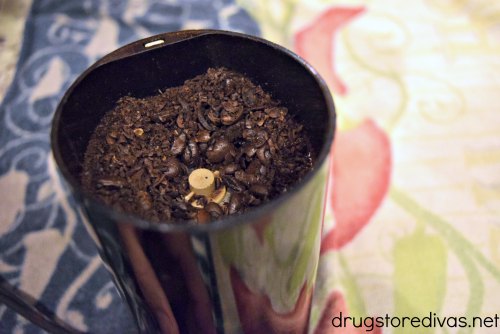 Grind the coffee beans. We used the Grosche Smooth Silver espresso roast. Espresso roast is Pete’s favorite because of its strong rich flavor.

Pour the grounds into the infuser of the Havana Cold Brew Coffee Maker.

Fill with water, up to the spout. You may see sediment left behind. A little is okay because it gives full body to your coffee (although it makes the last cup pretty gritty). 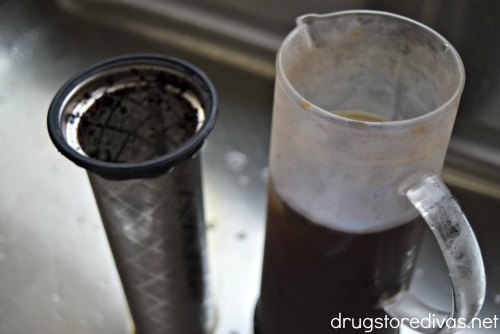 Leave it in the fridge for 18 to 24 hours. Then, remove the infuser and pour your coffee.

The top of the Havana Cold Brew Coffee Maker is great because it actually fits even when the infuser is out.

So, let’s talk about the original recipe that came with the coffee maker. It calls for 85g, because Grosche is based in Canada, which one conversion chart I found online told me was 1/4 cup. That was wrong. Very wrong.

We brewed it for 24 hours and then tried it. That recipe was weak, especially since we used an espresso roast. It has a really clean taste and didn’t require any milk or sweetener, but it did taste more like water than anything else.

So then I found a different conversion that said 85g is 1 cup. We tried that and it made a lot more sense. The coffee was as strong as you would expect from an espresso roast. It was smooth and clean tasting and didn’t need any sweetener. I love adding a little milk and sugar to my coffee, but you don’t need that with a cold brew. It’s perfect as it is — once you get the proportions down anyway.

If you don’t love an espresso roast, Grosche has other coffees, like the Mocha Java dark roast (yum!). The brand sells grounds and beans, so you can purchase your preference. 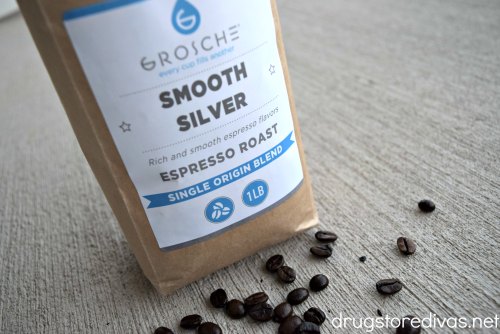 Pete prefers to grind beans himself because, he says, “the coffee tastes fresher, it tastes better, and it tastes more like coffee.” If you do get whole bean coffee, and you’re not familiar with it, don’t be surprised when the Smooth Silver espresso beans are oily. The more the beans are roasted, the more oils are released. So that’s why they’ll be shiny and oily to the eye and touch when you open the bag.

Don’t be intimidated by whole bean coffee. It’s so easy to grind at home. All you need is a coffee grinder. In a matter of seconds, you’ll have fresh ground coffee.

Would you make cold brew coffee at home?

Such a great idea!

Congratulations your post is featured on Full Plate Thursday this week! Thanks so much for sharing it with us, we are pinning it to our special features board. Have a great week and come back soon! Miz Helen

I did wonder what the difference was with cold brew.

I love coffee! I pinned this one and I am going to try it out. Happy spring, Kippi

I've never tried making my own cold brew. Will definitely try this! Thanks!