If you’re planning a trip to the area, check out all of our Wilmington, NC posts.

Until I met Pete, I never drank coffee. I stuck to hot chocolate and tea. Since then, though, coffee has become such a big part of my day and finding a good cup of coffee has been a quest. We have had so much coffee since moving to North Carolina. This area is filled with local coffee shops, so it was hard to narrow it down to the best cups of coffee in Wilmington, NC.

A little bit of criteria for this list. The shop had to be local. We were okay with it being part of a franchise that was started in Wilmington, NC (two of the shops have expanded outside of the greater Wilmington area), but we didn’t want to include any national chains.

The other big thing was it had to be over a year old. We’ve had good coffee at shops that have already closed since we moved here, so we wanted to make sure that the coffee shop would be around for a while.

And our final piece of criteria was that we tried to solely focus on a cup of regular, hot coffee. There are some shops with great lattes, and a restaurant with an incredible affogato, but we didn’t let those influence our list. We did, however, let atmosphere and options sway the ranking a little because sometimes, coffee tastes better with a side of fresh air or kindness.

Folks Cafe
Our favorite cup of coffee in Wilmington is brewed by Folks Cafe (1201 Princess St.). The Indonesian roast is the owner’s favorite, because of the sweet and chocolately notes in it.

What makes this the top is that the coffee is fresh roasted. The owner used to bring a truck down to the farmers market on Saturday mornings, and we would be treated to a whiff of air smelling like the most delicious cup of coffee.

Coffee profits weren’t enough to live off of, so 18 years ago, the owner became the first seller of empanadas in Wilmington, so you can get coffee and a bite to eat now. And trust me. You want to try the empanadas too.

The only reason we can’t give it the top spot is because the shop brews Durham’s Counter Culture Coffee. It’s a great brand, and you can pick up a bag in the coffee shop. You can also pick it up in some grocery stores along with some coffee shops in different cities. The coffee is really good, and I’m glad it’s so easily accessible. And, if we’re going for coffee downtown, we prefer Bespoke.

In addition to coffee, the shop has beer on tap (and in a cooler), plus it sells dry goods: succulents, pants, and more.

It’s a good cup of coffee, roasted locally. In fact, Port City Java actually offers roasters tours, which is really unique. The coffee is good hot (and great in a Creme Brûlée Latte), but I actually much prefer it as iced coffee. Good thing it’s hot so often in Wilmington that you can get away with drinking iced coffee for most of the year.

This is a fun aside: We had Port City Java’s espresso in the ganache filling of the chocolate layer of our wedding cake. It was amazing. Five years later and people still talk about it.

Java Dog Coffee House
I started going to Java Dog Coffee House (303 N Front St.) just for the chocolate-covered espresso beans that you can buy for a quarter. When Pete started working downtown, he would go there for a red eye (which is coffee with a shot of espresso added) and he liked it better than other red eyes he had locally.

That’s because it is made with a pretty classic cup of coffee.

What you’ll like about this shop, if you’re a One Tree Hill fan (the show was filmed in Wilmington and aired from 2003 to 2012), is during the OTH festivals, the shop operates as Karen’s Cafe. It puts out a banner, has branded coffee sleeves, and serves OTH fans a cup of coffee with a side of nostalgia.

Bitty And Beau’s
If you haven’t been to Wilmington, there’s still a chance that you’ve heard of Bitty And Beau’s (4949 New Centre Dr). The Wilmington-originated coffee shop made national headlines because it employees people with intellectual and developmental disabilities. That earned owner Amy Wright, mother of two children with Down syndrome, CNN’s CNN Hero of the Year award in 2017.

Since then, the shop has expanded to Charleston, SC and Savannah, GA. So this is one of those tastes of Wilmington you can pick up elsewhere.

Try it here, fall in love, then get another cup on your next vacation.

Luna Caffe
Don’t be fooled by Luna Caffe‘s location (604 Castle St). It’s on a road with street parking only. And places like that are often smaller and somewhere you run in and out of, rather than linger at.

But, there’s a beautiful pack patio that is the perfect place to sit and enjoy your drink of choice.

I say “of choice” because even though Luna Cafe has a good cup of hot coffee, if I’m heading here, I’m getting hot apple cider. You can’t get that everywhere, so that’s always my drink of choice at Luna Cafe.

Have you been to any of these coffee shops in Wilmington, NC? Where do you find your favorite cups of coffee?

Planning A Trip To Wilmington, NC?

20+ Must Try Restaurants In Wilmington, NC 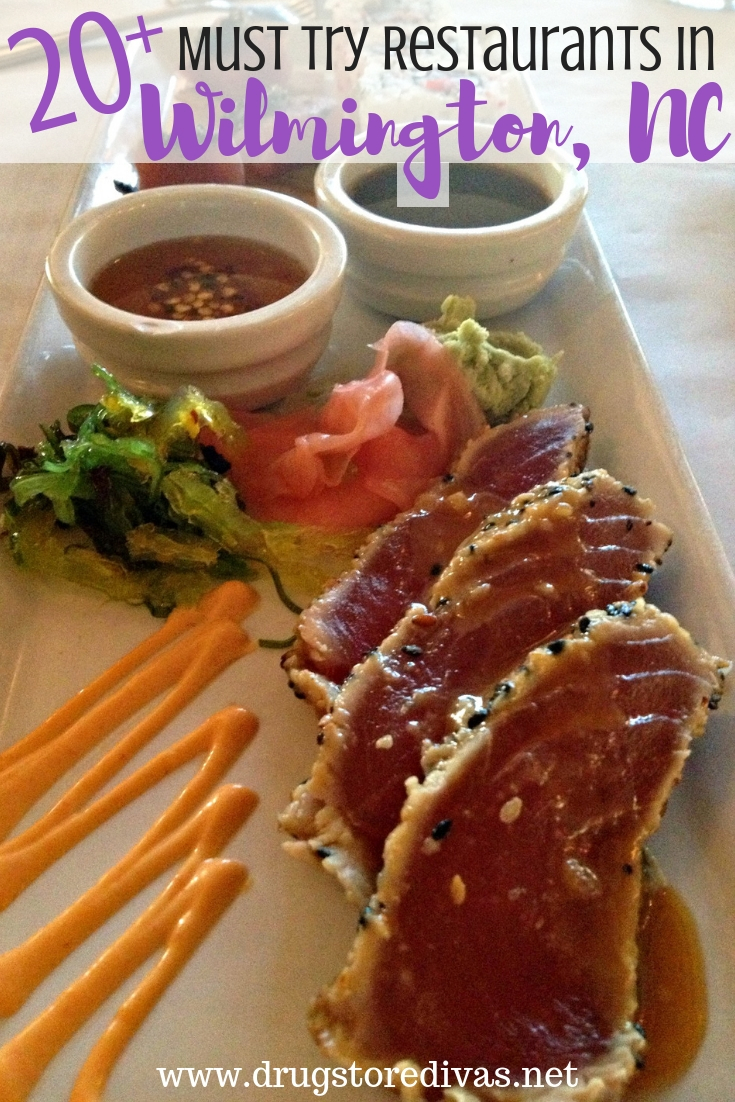 Breweries In Wilmington, NC You Need To Try

And now in the middle of the night, all I'm craving for is a cup of nice coffee. Love all your recommendations. Would love to try coffee at Java Dog Coffee House for sure!

The difference between a cup of coffee and GOOD coffee is night and day. Glad I have this list to help me find the best!

This was great...I am heading there this fall. Some of these places will be on my radar...thanks for sharing!

I am ALWAYS down for a good cup of coffee. Thanks for the information!

One of my friend already recommend a few of these places to me. I will definitely going to them for sure.