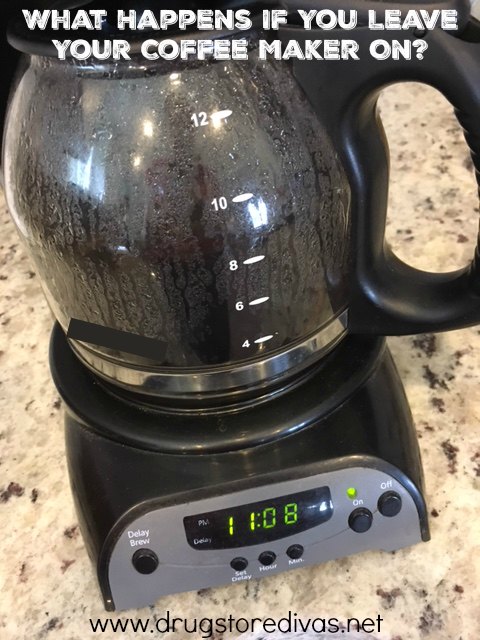 Pete set the coffee maker to go off at 6am on Saturday a few weeks ago because we are the people who are up drinking coffee at 6am on a Saturday. There was a time in my life when I was on the “not yet asleep” side of 6am, but not now. Now I’m on the “I already slept and I’m waking up now” side of 6am on a Saturday. We work at the local farmers’ markets on Saturdays selling Pete’s marinara sauce, so we are up early and out of the house before 7am.

This particular week, the coffee pot didn’t actually run. I don’t know why. Maybe it like sleeping at 6am. So I wake up to get coffee, there is none, and I run the coffee maker while packing a cooler with breakfast, lunch, snacks, and marinara sauce samples.

I make my coffee (finally!) and help Pete pack the car. All too soon after we’ve woken up, we are downtown in the next town over, unpacking a tent and table and everything else we need to sell sauce. Sometime between yawns, Pete asks if I turned the coffee pot off. I say no and figured that he had when he poured his cup except in the chaos of the morning, he hadn’t actually grabbed a cup. So then we worried. What happens when you leave a coffee pot on … especially one that has a mind of its own sometimes and doesn’t turn on when you tell it to?

What Happens If You Leave Your Coffee Maker On?

So the short answer is “nothing bad.”

Worst case scenario, we thought the coffee maker might stay on for the seven or so hours we were at the market, and then the coffee would turn to tar, keep heading, break the glass, and explode all over the kitchen.

Best case scenario, the coffee pot would turn itself off.

We got home, silently praying to the coffee gods, and opened the door to see everything was completely fine. The coffee pot turned itself off, the coffee inside was still drinkable (if you don’t mind coffee that has been sitting out for hours), and everything was fine.

Now, I can’t promise you that this will happen if you leave your coffee maker on. If you have a really old coffee pot, this might not be the case. But a quick Google search told me that most newer models have an automatic shutoff built in.