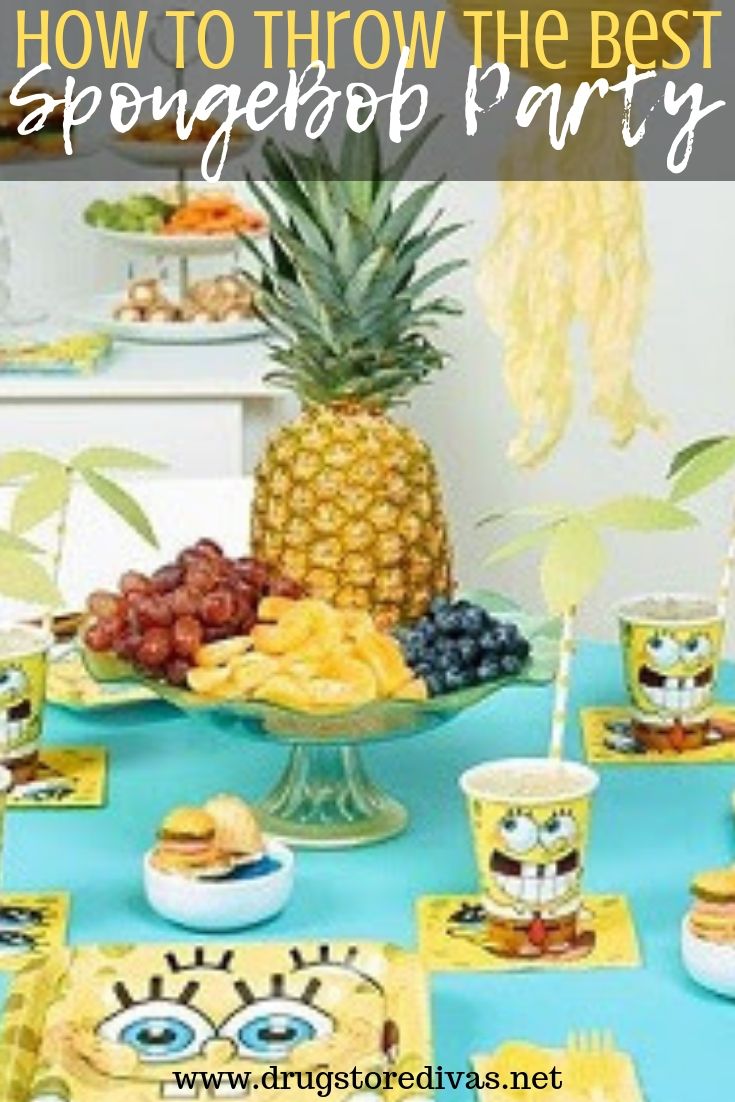 Do your kids love SpongeBob? I remember SpongeBob being the most popular cartoon about a decade or so ago and it hasn’t wavered since. Scratch that. The “or so” is a lot longer than I thought it was. SpongeBob premiered on May 1, 1999. Twenty years ago. Two decades of pineapples under the sea, Krabby Patties, and a grouchy Squidward. And in those two decades, you may have thrown a themed party. If not, I’m here to help you figure out how to throw the best SpongeBob party.

If you don’t have a birthday party on the horizon, no worries. Just make it a “20 Years of SpongeBob” party. No one will believe you until they google. And then you’ll have blown their minds.

How To Throw The Best SpongeBob Party 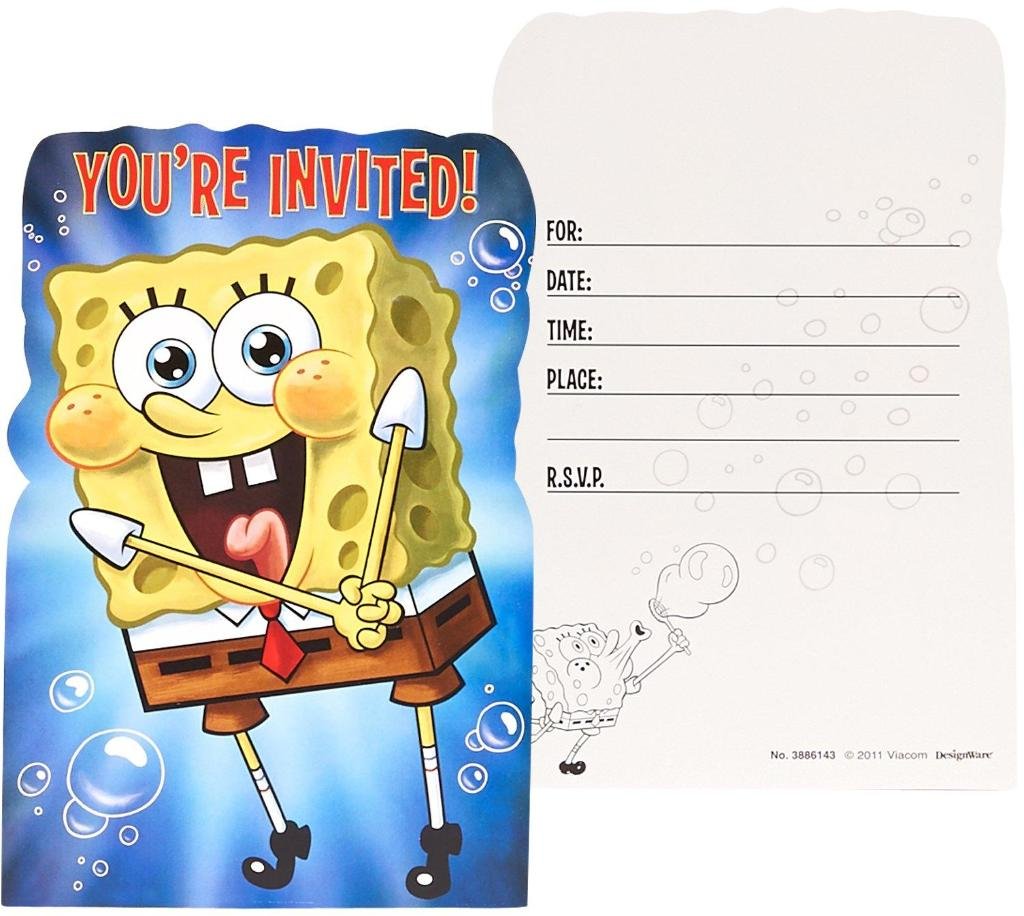 All great themed parties start with invitations, and your SpongeBob party should be no different. Without SpongeBob Invitations, how would your guests know it’s a SpongeBob party? You can have your children help by drawing starfish and crabs on the envelopes. 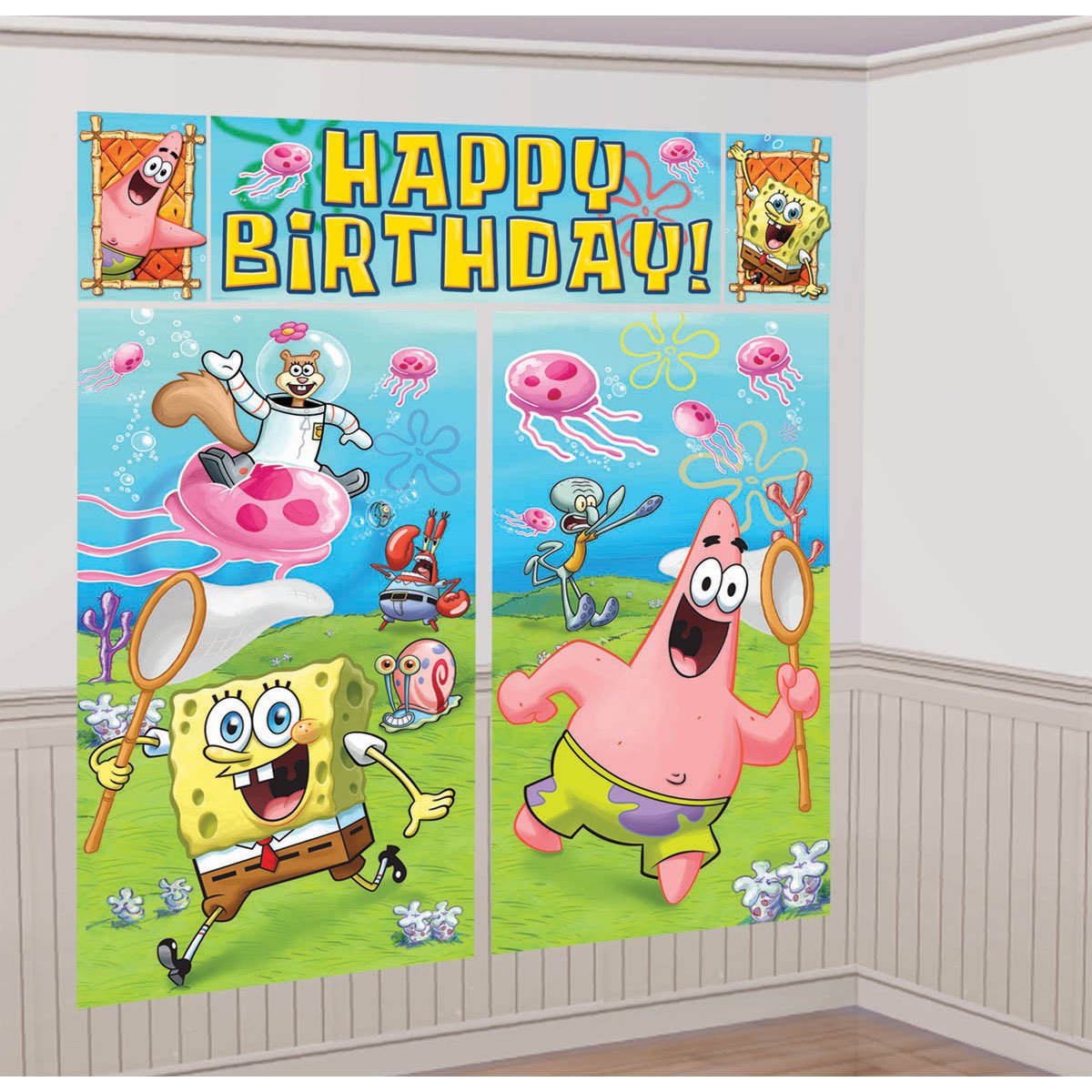 Party decorations are so important for a themed party. Make is super easy by picking up the SpongeBob Scene Setter Decoration Set is a must-have for your underwater-themed party. You can use that as a backdrop for your door or for a photo booth. If you use it as a photo booth, be sure to have props ready — like a pineapple.

Photo props are actually easy to make. I did some for Pete’s Rick & Morty birthday party. We had some science props from a package, but I wanted to make the character’s faces. So I pulled up an image on my laptop and traced it onto printer paper. I colored the back of it lightly with a pencil, then traced it on to card stock. I cut it out and colored it and had near-perfect replicas of the cartoon’s characters. You can do the same with SpongeBob and his pals.

If you’re into DIY, you can also make jellyfish. Affix streamers to the bottom of teal or blue paper lanterns. Then, hang them from the ceiling to resemble a jellyfish. And try green streamers for seaweed. 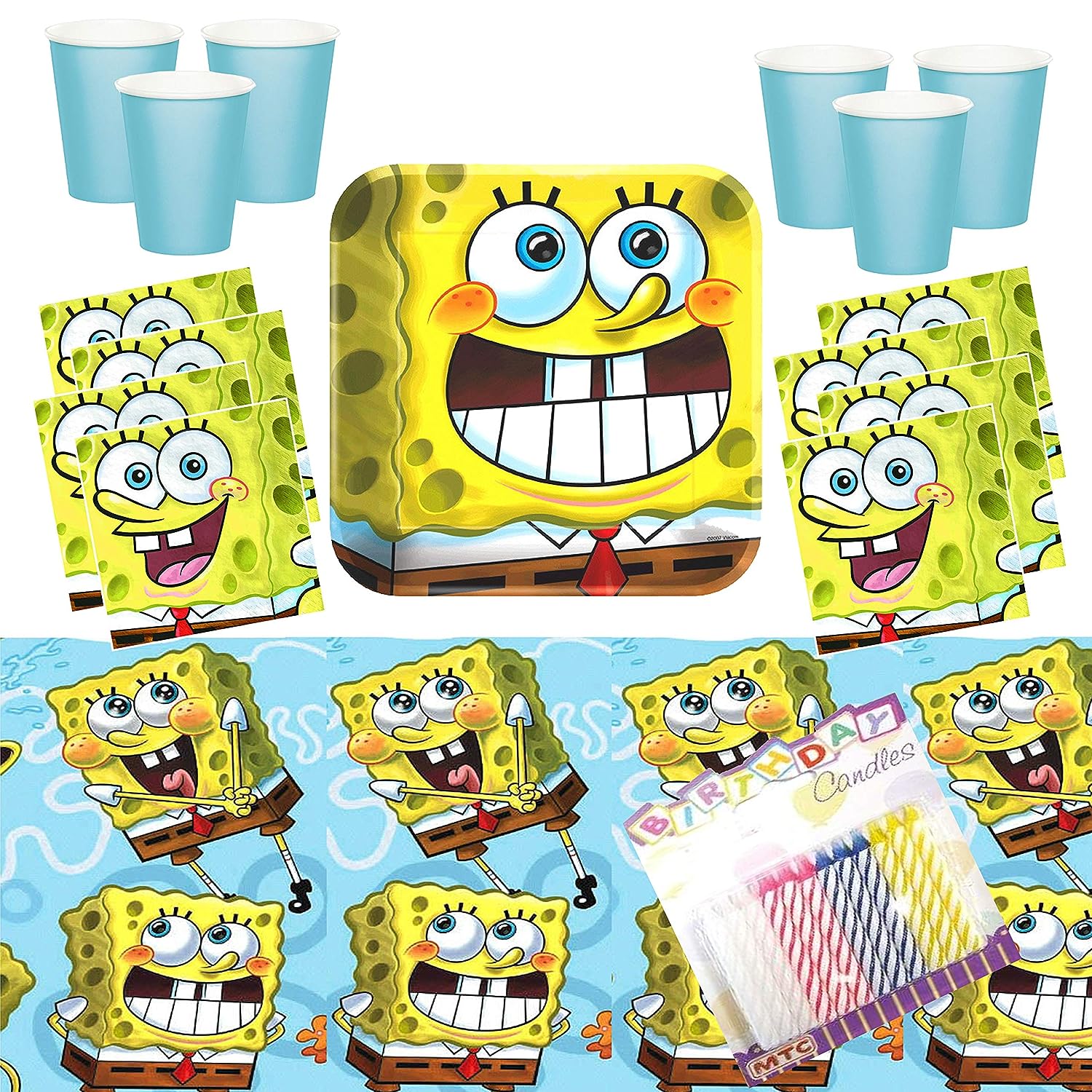 When it comes to food and drink, this is easy. You definitely want to serve burgers from the Krusty Krab. Simple. Serve them on SpongeBob Classic Square Dinner Plates, along with fish sticks, SpongeBob Pirate’s Booty popcorn, and goldfish crackers.

To cut down on the sugar, pick up a pineapple and put it in the middle of a fruit platter. Your guests will love seeing SpongeBob’s house on display, and that will give them a good excuse to grab some grapes and berries.

Serve drinks in yellow cups and use yellow napkins too. A blue tablecloth will work as the ocean (unless you get one with SpongeBob’s face all over it). For dessert, make yellow cake cupcakes with yellow frosting and showcase them on the SpongeBob Cupcake Stand.

And, if you’re looking for something to do during the party, you can always show The SpongeBob Squarepants Movie (or one of the ones that came out after it … because yes, there were more).

What would you add to make this the best SpongeBob party?

What a cute kids theme for a kids Birthday party, love the yellow, so bright and fun!