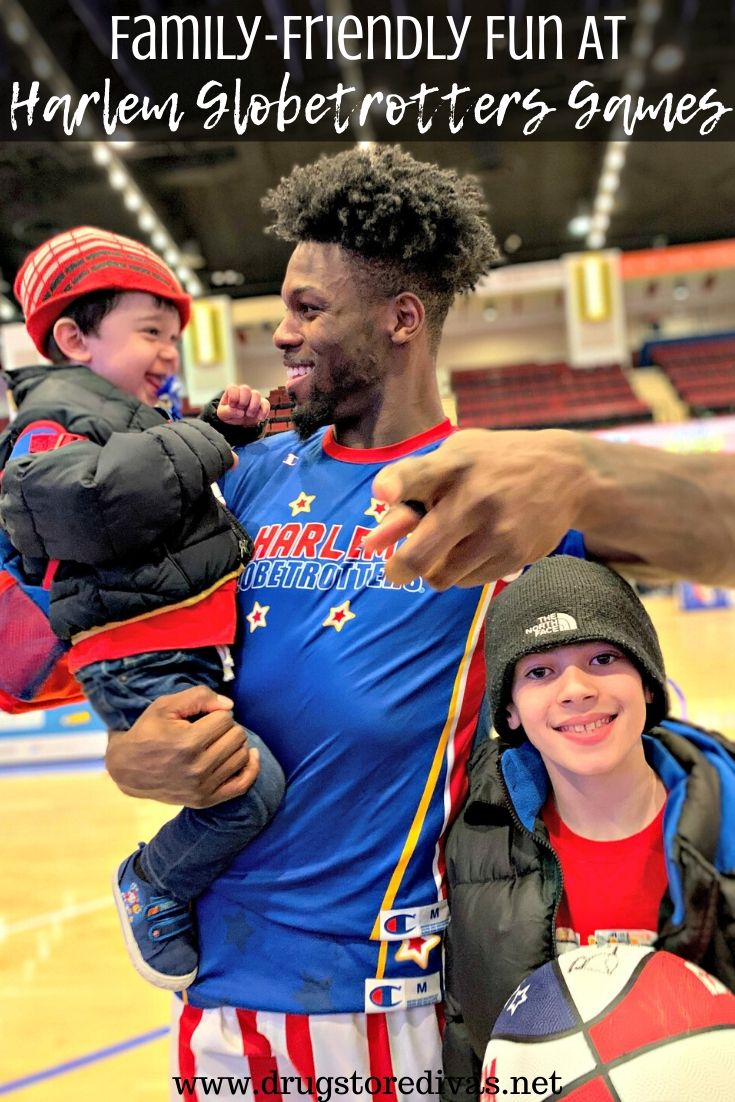 If you haven’t seen the Harlem Globetrotters yet, you need to go. It’s a really fun experience for the entire family. Our staffer Michelle just went with her 2- and 10-year-old sons, and they had a blast.

Check out her review of the game below.

Thanks to Drugstore Divas, I got tickets to take my two older children to see the infamous Harlem Globetrotters! My boys are 10- and 2-years-old. I was curious to see how my hyper toddler would do, but he surprised me and really enjoyed the show!

This was my first time at the Westchester County Center, but thanks to the GPS and the police officers in the area, I was able to find parking quickly. It was $15 to park right in front of the center.

We entered the building and went right to Will Call for our tickets. The staff escorted us to our seats on the second floor. We were seated right near the concession stand, which was perfect for my two hungry boys. The County Center served Nathan’s hot dogs and fries, corn dogs, burgers, pretzels, candy, fountain drinks, and cooler drinks. For the 21+ crowd, there was three types of bottled beers. I ordered two hot dogs, French fries, a corn dog, a small ice tea, Gatorade, and a Bud Light.

Our seats were fantastic! We saw everything clearly and I didn’t have to worry about my 2-year-old running onto the court to play!

The Harlem Globetrotters played The Generals. The music and banter were so good. There are hysterical parts a player losing his pants while running or a mascot doing a dance. It’s not about the score. The games are about entertaining the audience. From the mascot to the MC, to the team doing outrageous slam dunks, to the funny commentary during the game itself, everything is done to keep the audience entertained. 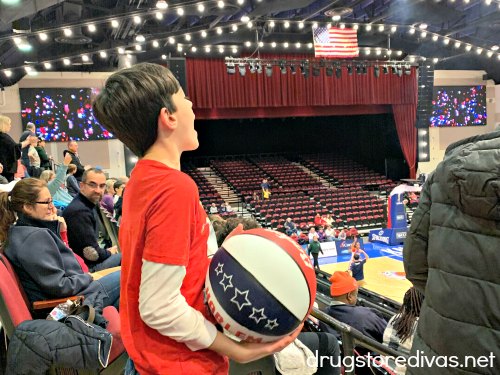 My 10-year-old laughed the whole show. My 2-year-old was amazed at the tricks, like standing on the rim of the hoop! But, my favorite part was during last 2-and-a-half minutes of the game when the Globetrotters did a rewind play and slow motion play. Watching all the players rewind all those steps in sync was amazing.

In addition to being really skilled at things like dribbling, spinning a basketball on their fingers, and doing the steps in sync, the Harlem Globetrotters are also really good basketball players. They can shoot, dunk, and dazzle. 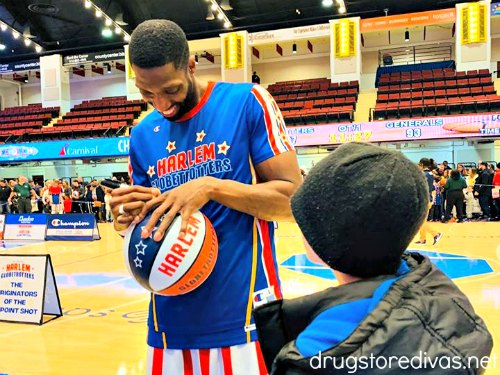 During half time, the team encourages you to purchase team gear. I wasn’t going to until the announcement said the Harlem Globetrotters would be doing a free autograph session on the court after the game. My 10-year-old’s eyes lit up, so we bought a team basketball for the players to sign.

After the Globetrotters won the game, we went down the court and waited for each player to sign the ball and take pictures. They were all so nice and sweet. The time of the autograph session is a little rushed, but we left very happy! 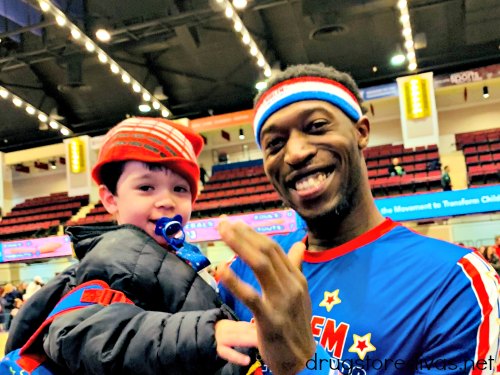 We can’t wait to see another game soon! 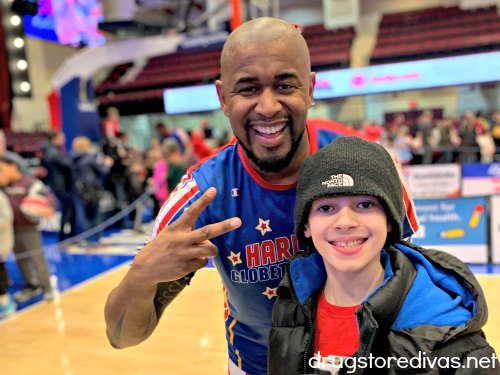 Have you been to a Harlem Globetrotters game yet? Let us know what you thought in the comments.

We went to see the Globetrotters a few years ago and we had such a great time! It is s fun filled outing for sure. How wonderful that Michelle got to meet them.

This sounds like so much fun. I saw something similar as a kid and I think my boys would love it.

What a great experience. Like many, I grew up watching these guys do basketball tricks. I bet this was fabulous.