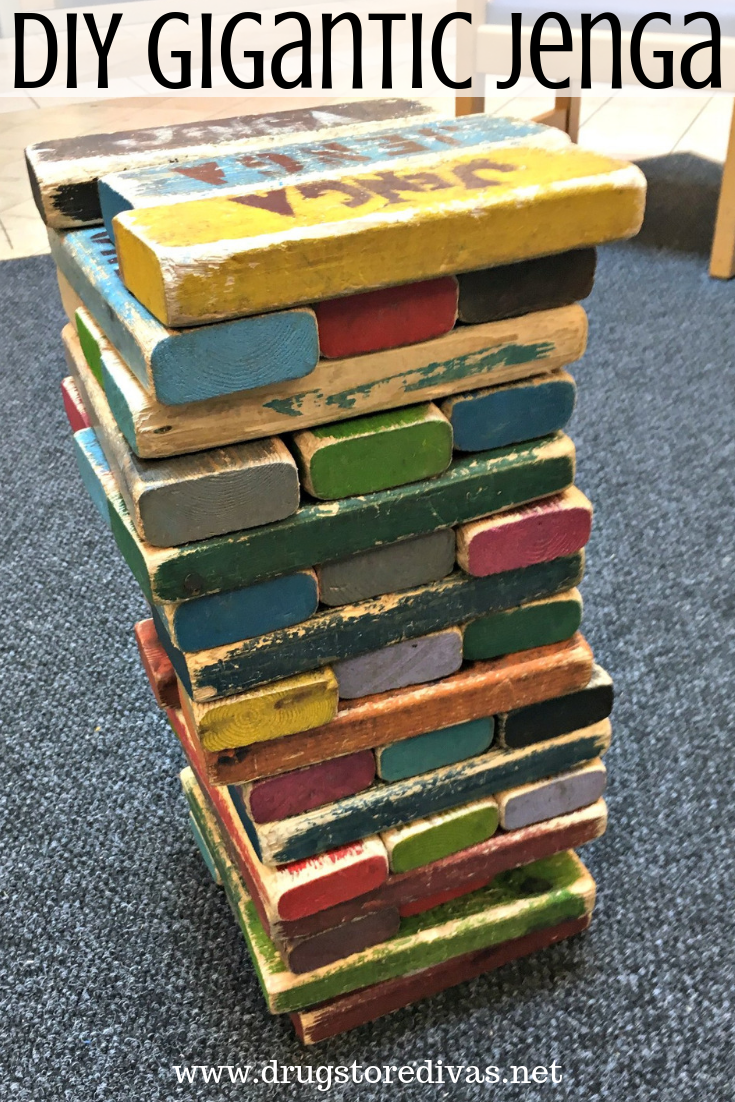 We have people over all the time in the summer. We BBQ and hang out outside until way after the sun goes does. When we started this summer routine, we thought it would be great to have a bunch of lawn games for everyone to play. That way, if our friends brought their kids (or heck, if our friends got bored of idle chit chat), they could play games. The first game we made was DIY Gigantic Jenga.

We’ve had it stored away for a while, so I kind of forgot about it until I was in the mall the other day and stumbled over a gigantic Jenga game.

The photos in this post are from that game because, surprisingly, I don’t have any photos of our game. The process, though, is how we made ours.

Okay, before we actually start, we need to have a little lesson. A 2×4 actually isn’t 2-inches by 4-inches when you buy it at the hardware store. That’s a misnomer. Sort of. A 2×4 is 2-inches by 4-inches originally. When it’s cut, a half inch is removed from each side. So when you purchase it, it’s actually a 1.5×3.5.

So, when you are doing projects like this at home, you need to keep that in mind.

Mark 10.5 inches with a pencil, then cut it with a table saw. 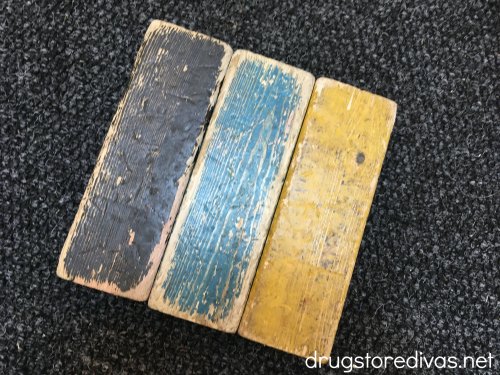 For a full set of gigantic Jenga, you want it to be 3-feet tall. That’s 24 rows. Since each row has three pieces, you need to cut 72 pieces total.

If you really want to, you can sand the edges but after a bit of playing, they’ll basically sand themselves.

Rub them down with mineral spirits to remove any sawdust from cutting them. Then, spray them with spur urethane. 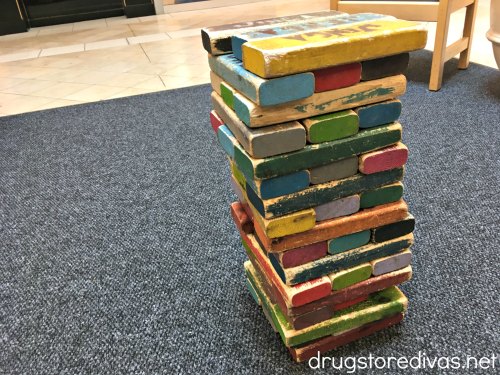 You’ll want to spray three layers of the spar urethane to seal it completely if you are using it outdoors like us. If you are keeping it indoors, you can spray it with a layer of polyurethane instead. Just keep in mind that poly is good for the indoors only.

You can also paint them if you want, like the ones that are in these photos. I would really only suggest that if you’re using them indoors though. If they’re left outdoors, the paint will really wear. 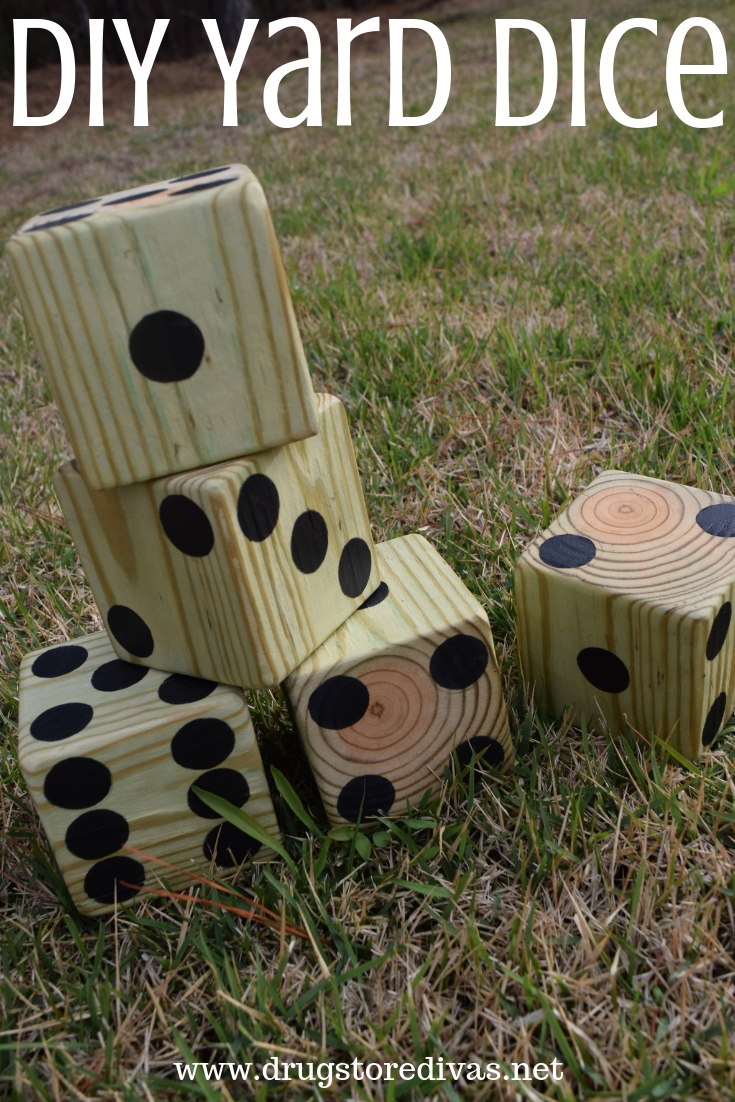 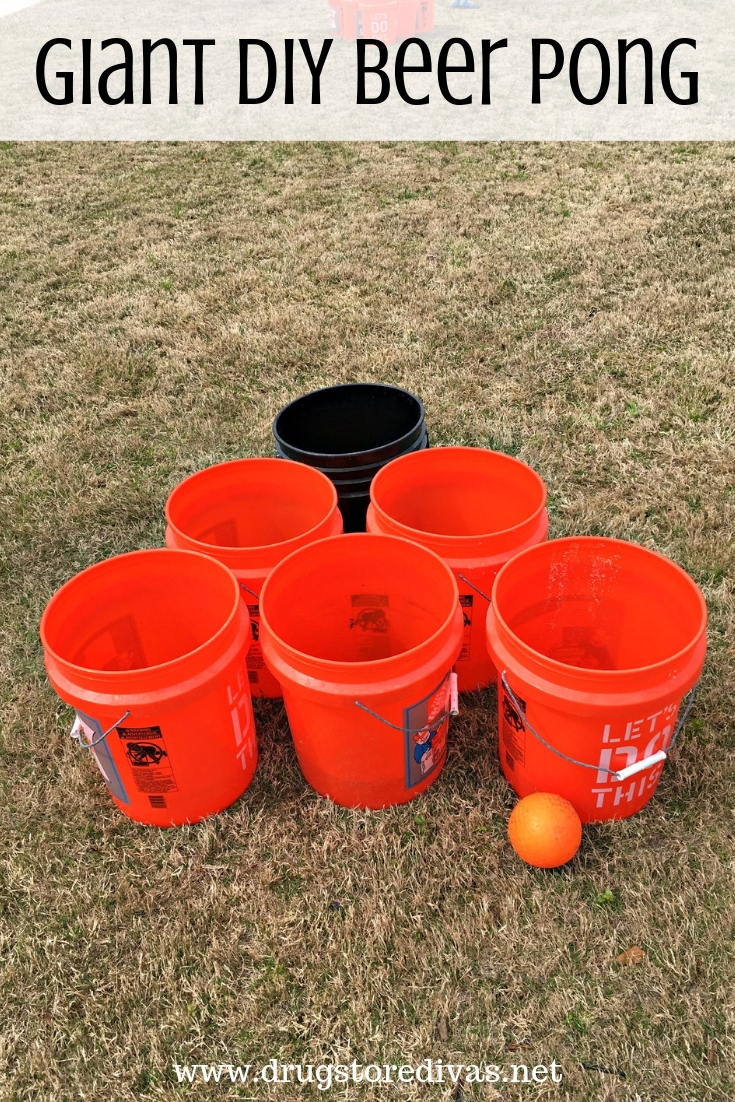 Jenga is definitely one of my favorite games. It is honestly so good. This is pretty creative as well.

I played this at a wedding once and it was so much fun especially for the kids.

Lovely ideas. And a lovely DIY I will say. I wish I could be so creative.

I just saw a lawn Jenga game in the stores, but it didn't really look big enough to play with outside. This would be so easy to do, and we actually have some 2x4s left over from a different project. Thanks for sharing!

I looked at Jenga for the backyard at the store and was shocked by the price. I would much rather DIY them! It's a lot of fun to make home projects, and worth it to save $100!