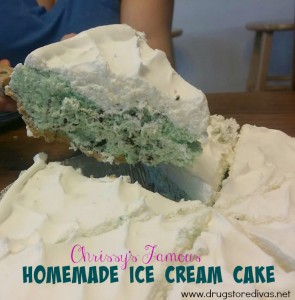 My brother’s girlfriend Chrissy is amazing. I absolutely love her … and not only because she showed up for my brother’s birthday once with a homemade ice cream cake.

I never in my life heard of anyone making their own ice cream cake. I just knew people went to the ice cream shop to buy one or the frozen foods section of the grocery store. “It’s so easy,” she said, then quickly ran down the process. I filed this away until the other day when we were going to a friend’s for Easter.

“I’m bringing ice cream cake,” I declared … then hoped it was as easy as Chrissy told me it was.

It really was. This was so easy, so delicious, and so much cheaper than buying an ice cream cake at an ice cream shop. Seriously, I will never do that again. And since this is Chrissy’s famous recipe, I’m calling this Chrissy’s Famous Homemade Ice Cream Cake. 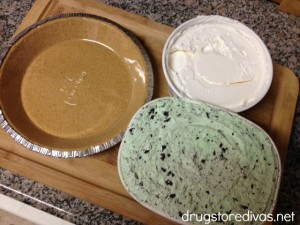 Leave the ice cream out to melt, about 90 minutes. 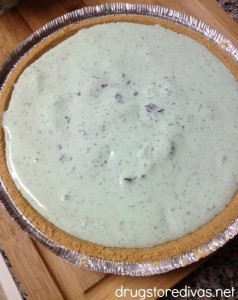 Pour the ice cream into the pie crust. Put it in the freezer overnight.

Take the whipped topping out of the freezer and let it melt, about an hour. 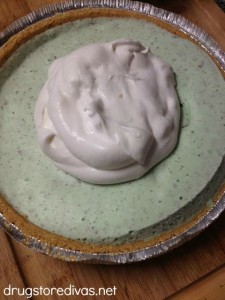 Drop the whipped topping on the ice cream. 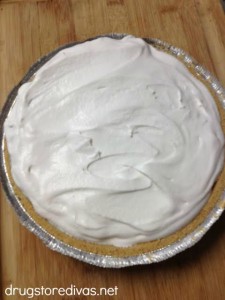 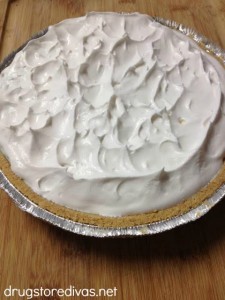 Use the back of a spoon to create peaks and valleys.

Put the homemade ice cream cake in the freezer until the whipped topping freezes (or you are ready to serve).

Oh Lisa this looks wooooonderful! The perfect summer treat ;) I will definitely be attempting this one! Thank you so much for linking this up to our Bewitchin' Projects Block party last week. You are one of my Features tomorrow over at www.recreateddesigns.com. Hugs, Lisa

Looks delicious and MUCH easier to make than I would have though.

So easy and delicious! Pinned.

I'm wandering over from Merry Mondays. This recipe looks amazing!