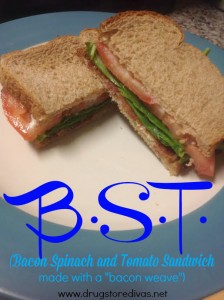 Pete and I were having a conversation about a bacon weave. I’m not sure why, honestly, but it was a pretty long discussion. A bacon weave is when you weave together three pieces of bacon to make it fit perfectly onto a sandwich. Usually, I just cook the bacon and I don’t pay much attention to the edges hanging off the bread. I mean, that’s basically just extra bacon, right?

But we were having this huge discussion about a bacon weave, and just happened to have bacon in the fridge, so I decided that I was going to make a bacon weave. I couldn’t just eat bacon on bread, of course, so I had to make a BST (bacon spinach and tomato sandwich). It’s a BLT, but with spinach. I just feel like it’s a little healthier that way … although if you’re eating three slices of bacon, you’re probably not too concerned about being healthier.

The entire recipe is below. If you want to just see the bacon weave (and pin that image), it’s at the bottom of the post. 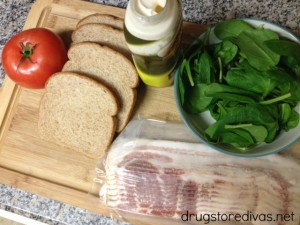 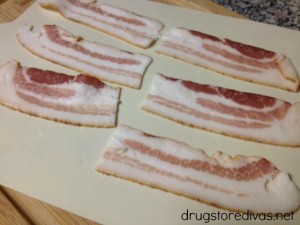 Slice three pieces of bacon in half. 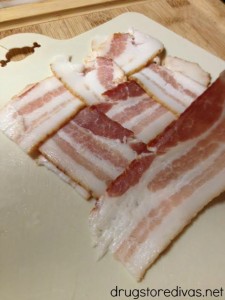 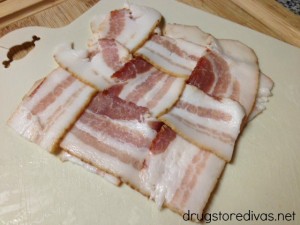 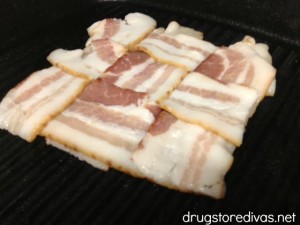 Place this on a cast iron griddle. 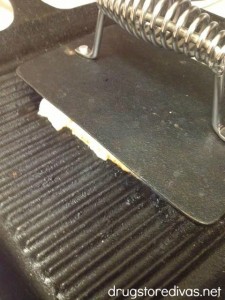 Press with the bacon iron and leave until it’s cooked. 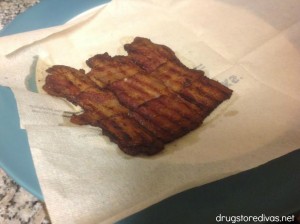 Set it on a paper towel on top of a plate to cool. 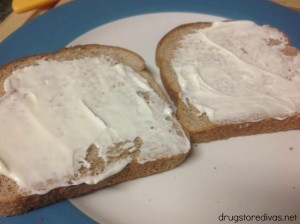 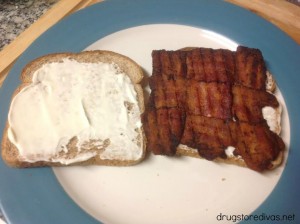 Place the bacon weave on one side of the bread (look how it’s a perfect fit!). 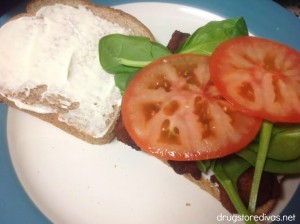 Top with spinach and tomato. Close the sandwich. Enjoy. 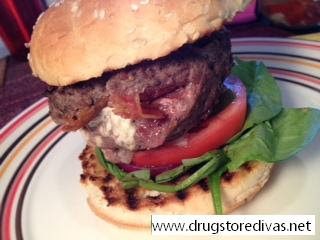 Wow! That is some serious dedication to a bacon sandwich!

My boyfriend would love this! He loves bacon...

This should be the only legal way to eat bacon!

I like to add arugula to my BLTs but I have never tried adding spinach. I have some spinach in my fridge so I will definitely be trying this out soon.

I think the spinach sounds great and would really give the sandwich a added bit of flavor. What a great tutorial for the bacon weave.

This bacon weave is amazing! I shall try this soon.