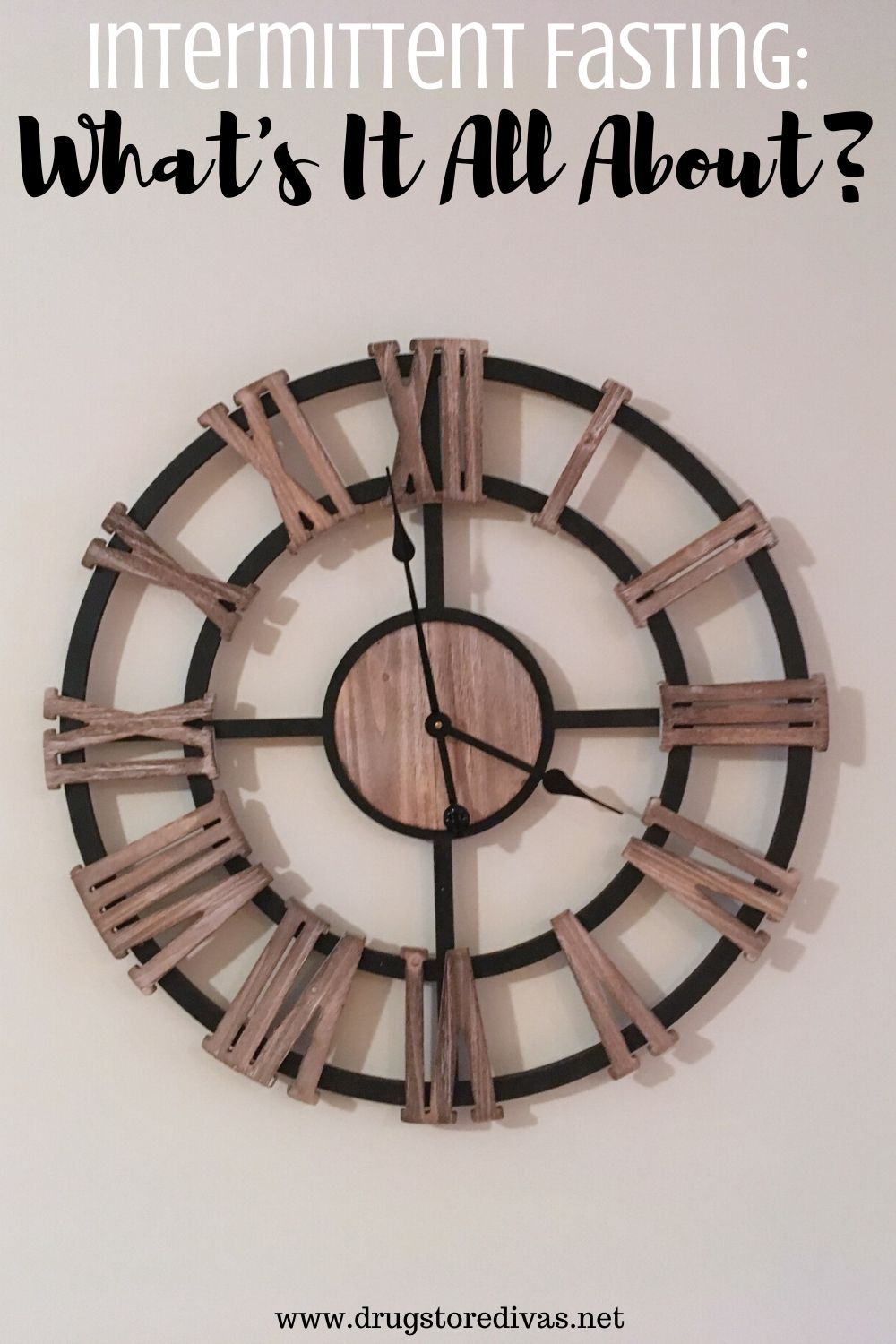 The other day, Pete and I were watching TV and I grabbed a snack. “What are you eating?” he asked me.

“My feelings,” I said, then added, “I’m kidding. It’s marshmallows. But that was funny. Do you want some?”

He declined because he has all sorts of willpower that I don’t have.

So I needed a way to really force myself to have willpower, and I decided intermittent fasting would be it. Today is Day 5 and I look exactly the same as before I started this.

But, because not eating (or well, eating) is all I can think about, I figured it was a good excuse to write a post about intermittent fasting in case you were thinking about trying it.

Intermittent Fasting: What’s It All About?

Now, let me preface this with saying I’m not a health professional and this is not medical advice. This is just me trying to put the concept of intermittent fasting into easy to understand language.

I first learned about this from Pete when we moved to North Carolina, but it isn’t something that I ever really tried. And, if it’s not something you should try without discussing with a health professional.

What is intermittent fasting?

Intermittent fasting is, simply, an eating pattern where you eat during certain hours of the day and then you don’t eat for the rest of the day.

What can you eat when you’re intermittent fasting?

Anything you want. No, seriously. Whatever you want.

In reality, you probably shouldn’t have cake for every meal, but in theory, you’re fine. But keep in mind that you’re doing this to be a little healthier, and eating cookies for breakfast isn’t healthy. So you do want to at least try to eat healthy. Although yesterday, I had a chorizo quesadilla for dinner and then a doughnut because I still had time in my eating window, so clearly I’m not gonna judge you having birthday cake for brunch.

What’s the point of intermittent fasting?

Basically, intermittent fasting gives your body a break. If you eat all day long, your body doesn’t get the chance to burn off any of the stored fat you have. It’s basically a first in, first out kind of thing and you store up a lot of, well, junk. So it can be good to just give your body a break from eating. 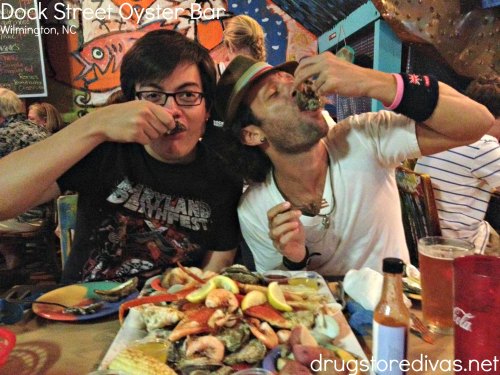 When can you eat when you’re intermittent fasting?

There are five different versions of intermittent fasting. Who knew, right? These are in no specific order.

1. The 16:8 Method (aka Leangains): This is the most popular. You eat during a set eight consecutive hours and then fast for the other 16. Keep in mind that you are usually sleeping for eight hours, so it’s not that bad.

2. The 20:4 Method (aka The Warrior Diet): You eat a big meal at night during that four hour window and fast during 20 hours. During those 20 hours, you’re able to eat raw fruits and veggies, fresh juice, and a little protein. That one big meal needs to focus on whole foods.

3. The Eat, Stop, Eat: You eat whatever you want, whenever you want for the majority of the week. But then, once or twice a week, you go a full 24 hours without any calories, which sounds awful if you ask me.

4. The 5:2 Method (aka The Fast Diet): You eat whatever you want for five days a week, then twice a week you restrict your calories to 500 calories for women and 600 calories for men.

Honestly, you’ll have to ask your doctor or a health professional if intermittent fasting would be healthy for you.

For me, it’s a good way to force myself to stop eating crap at night. Because I can literally sit there and eat an entire bag of chips while we binge watch Netflix. And I don’t feel bad about it. If I felt guilty, then I would make myself feel guilty over those calories, and that’s a bad cycle. But I know I shouldn’t eat such garbage so late at night. So if I tell myself that I can’t eat after 7pm, then I just won’t. It’s like a game to me.

If you have a history of eating disorders, I would say intermittent fasting might be unhealthy for you. It could definitely be a trigger. 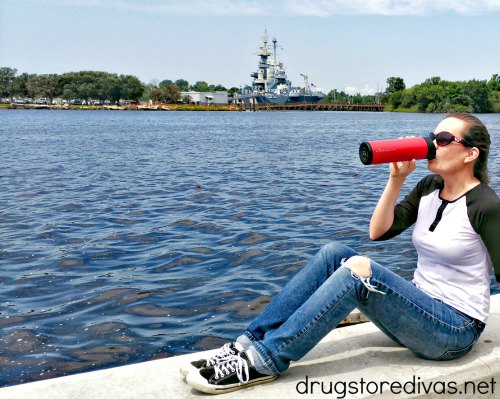 What can you drink during your fasting hours?

You can drink water. And I guess seltzer too. But, listen. You’re fasting during that crucial time when you wake up and want coffee. So have coffee. Don’t be a monster to your body. Black coffee is recommended, as is black tea. But if you have to have a splash of cream or a dash of sugar in it, the intermittent fasting police aren’t going to come barreling down your door and kick you off the team.

Personally: Will I stick with it?

Honestly, it’s not that bad. I give myself the concession of having sugar in my coffee because I’m just doing this so I feel a little bit better. I’m not doing this to drop a certain number of pounds or to fit into a dress.

And this has already stopped me from eating so much crap at night, which was my real intention anyway. No more mindless snacking for me. And I do a lot of that, honestly, because I work at home. The pantry and fridge are so close to my office so it’s simple to go to the kitchen and get a snack when I need a break from blogging. It’s not a great habit, so I’m glad to have curbed that already.

My plan is to do intermittent fasting on the weekdays because our weekends are usually spent on the go, and I don’t want to restrict myself when we’re out having fun.

That’s why I’m bad at dieting. I never do it because I don’t like to follow the rules. At least with this, I’m setting my own rules and it seems to be working.

love this topic! every single one of them is so important. Thanks so much for sharing

Wow I didn't know there were so many versions! I'm a terrible night snacker so this might help me with that.

I have done this a few times but never planned the times I did. It just happened that way. I know it works for many.

Personally, Intermittent fasting is what lead me down the road of a relapse into anorexia nervosa. Now every time someone asks me if I've tried this diet or that, I always tell them "Sounds like something I'm in treatment for."

Unfortunately, Nyxie, as I was writing this, I thought that's potentially something that could happen. That's why I added the caveat that if someone has a history of ED, IF isn't for them. I hope you read that part in my post.

Oh wow. Having no calories for that long does sound terrible. I don't think I could do it.