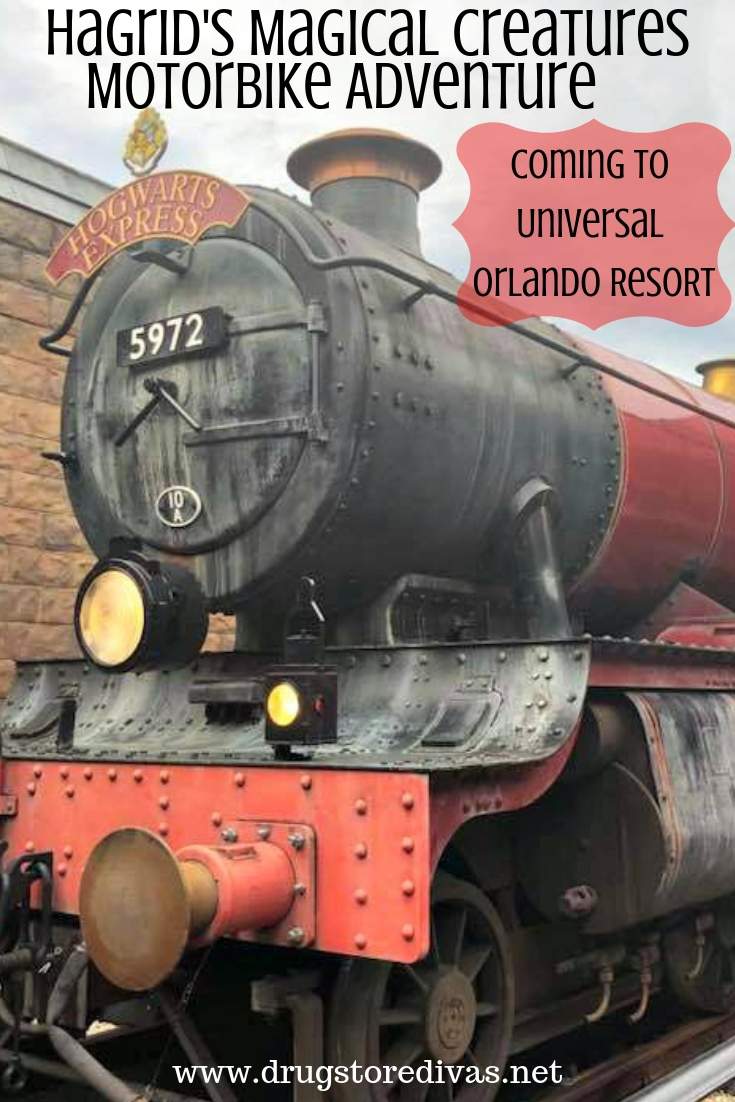 We are about four months away from the roller coaster opening, and we don’t have all the details about it yet. You can sign up for Universal’s The Wizarding World of Harry Potter email updates for updates. But for now, here’s what we do know.

Where will Hagrid’s Magical Creatures Motorbike Adventure be?

It’s being built at The Wizarding World of Harry Potter — Hogsmeade at Universal’s Islands of Adventure in Orlando, Florida.

Sign up to be among the first to know about new details at https://t.co/M9SiDZCX2S. pic.twitter.com/k2kppYXTMt

Rubeus Hagrid is a character from the Harry Potter series. He’s the one who originally tells Harry he’s a wizard and takes him to Hogwarts. After that, he basically watches out for Harry during the entire series

Who are the magical creatures?

In Harry Potter and the Prisoner of Azkaban, Hagrid is promoted to Care of Magical Creatures teacher. The class teaches how to care for magical beasts. Hagrid is a good pick for this because he takes in all kinds of magical creatures.

And he always has a motorbike?

When he needs to travel, yes. He doesn’t have a broom.

Where does the roller coaster go?

Through the Forbidden Forest.

Is agrid’s Magical Creatures Motorbike Adventure in addition to the other attractions?

No. It is replacing the Dragon Challenge, which closed in 2017.

What are the other attractions?

There’s a family-friendly roller coaster, Flight of the Hippogriff, and the Forbidden Journey, a motion based ride where you soar with Harry Potter and more.

Isn’t there another Harry Potter park in Orlando?

Can you go from one to the other?

You can with the Park-to-Park admission. That’s a one-day, two-park ticket that also allows you to ride on the Hogwarts Express to get between the parks.

That’s all we know about Hagrid’s Magical Creatures Motorbike Adventure so far. When we get more details, we’ll update this post.

Universal studio is one of my dream place to visit I can't wait to see this!!

This looks like such a lot of fun. I will have to take my daughter there next year when we make our trek out to Florida. We have been talking about going, and this just gives us another reason.

I haven't been to Universal Studios in over 10 years! I have missed a lot! My kids were not big Harry fans so thanks for explaining who this ride was based on!

The amusement parks are always the favorite of the whole family, and it is the best adventure that we can live together

I love how Universal always seems to find a way of transport you into another world with their rides. After reading the books and going to the theater to see the movies, I'm not surprised that people were waiting for hours to ride this one when it opened.